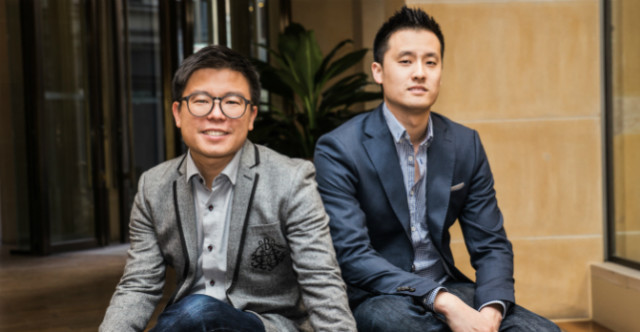 Sydney-based startup Airtasker has closed a $22 million Series B round as it looks to make its local services marketplace a household name across Australia.

The investment round was led by Seven West Media in exchange for a 15% stake in the business, and the media company will use its various networks to drive Airtasker into the mainstream.

Existing investors Morning Crest Capital, Exto Partners and NRMA also participated in the round, bringing the total funding for the startup to $32 million since its inception in 2012.

Airtasker co-founder and chief executive Tim Fung says the announcement has been the culmination of nearly a year of work behind the scenes.

“They had great foresight to reach out to use early on in the piece and start having conversations,” Fung tells StartupSmart.

“When we decided we were going to raise money late last year it was good to get those conversations turning into actionable stuff.

“It definitely wasn’t a ‘have a beer, shake hands and that was it’ situation. It was a much more diligent process and it was a really great learning curve for us.”

The primarily goal is to ensure the Airtasker brand hits the mainstream and becomes the go-to platform for local services, he says.

“We want to get Airtasker as a top of mind thing when people think they have a job to be done. We’re absolutely just scratching the surface of where we could get to in Australia.”

A big part of this will be focusing on marketing for the first time and utilising Seven’s various channels across television, radio and online.

“We’ve been a tech and product-driven company and we still will be moving into the future, but we had to learn about how to scale growth through marketing,” Fung says.

“We’ve never had those budgets before, we’ve never thought about it but now we have those resources.”

“We have 2.5% of Australians signed up to the platform,” Fung says.

“Even if you’re looking at Uber or Airbnb they have low double-digital brand recognition in Australia. Tapping into the broader Australian community is going to be a huge challenge and one we won’t solve this year.”

On the consumer experience side of things, Fung says there’s still a lot of work to do.

“No-one has nailed the customer experience of hiring local services easily,” he says.

“It’s a fairly difficult, laborious process for most services and we’re working on improving that. We want real transparency and awesome messaging and tracking.”

Airtasker is also looking to bring a number of other large corporate partners onto the platform.

“We’re working with a number of really significant partners who are looking for scalable workforces across Australia,” Fung says.

A step in the journey

While working with a large corporate like Seven West Media was a big switch from working with venture capitalists, Fung says it was a surprisingly smooth process.

“I was super pleasantly surprised by the way that we were able to deal with Seven,” he says.

“We got interviewed all the way up to the top of the business. I was massively impressed by how nimble and agile they were.”

“Airtasker is an exciting investment for Seven West Media and we will drive brand awareness and engagement for Airtasker via our massive audiences in a way that only Seven West can,” Worner says.

“We continue to pursue opportunities to build our company through key strategic investments in new disruptive ventures which can scale rapidly with the benefit of the promotional power of our assets.”

While Fung signalled intentions to expand into the Asia market last year, he says that Australia is still the core focus for the startup.

“I think a lot of startups look internationally a little too early,” he says.

“We still have it there as something opportunistically we would definitely do and in due course we will do it, but we think we’re only scratching the surface of a multibillion-dollar market in Australia.

“To start immediately wanting to move overseas and replicate that would not get the best ROI on our time and resources.”

The funding round is one of the biggest in an Australian startup for the year, following Vinomofo’s $25 million investment earlier this year.

But for Fung and his team, it’s just another milestone on a journey that’s just getting started.

“We’re trying to build a sustainable Australian marketplace company in the same vein as Seek or realestate.com.au, and hopefully by the end of the year we’ll be a lot bigger than where we are today,” he says.

“We’re trying to inch our way there. We’re aware that it’s a long journey and this marks another step forward on that journey.”