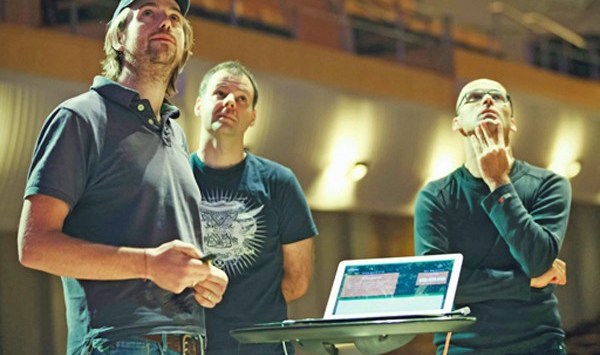 Australia’s great startup success is still going strong, with Atlassian releasing its first financial figures since a massive IPO that valued the company at nearly $8 billion.

The tech company recorded total revenue for the second quarter of the fiscal year of $US109.7 ($153 million), up 45% year-on-year.

Atlassian’s net income also remained steady at $US5.1 million, up from $US5 million year-on-year.

“We achieved a strong first quarter as a public company, with a combination of continued growth and profitability,” Atlassian co-founder Scott Farquhar says.

“Our business performed well as teams increasingly rely on our software to collaborate around shared work.”

Despite the strong figures, stocks in Atlassian fell by up to 15% in the next 24 hours in a tumultuous day for public tech companies. Many other tech giants fell as well, with Facebook dropping by nearly 6% and LinkedIn by a whopping 44%.

Atlassian has some lofty goals for the rest of the year, predicting revenue for the full fiscal year of between $US443 and $US447 million.

As part of the financial figures, co-founders Farquhar and Mike Cannon-Brookes, along with the company’s CFO, took part in an investor call, revealing some interesting information about the startup giant.

The lifeblood of Atlassian

Research and development is the “lifeblood” of Atlassian, Farquhar says.

Atlassian has continually invested a lot of money into R&D, saying this was the reason behind net profits dropping in 2015.

“We will continue to invest in our business – that’s a great opportunity over the long-term,” Farquhar says.

“Our existing products have a credible market opportunity so we continue to invest in improving those products and in making them more attractive to potential customers.

“We will continue to leverage that model by focusing on R&D, innovation and providing great products that sell themselves.

“We believe that software should be bought and not sold.”

Their marketplace isn’t about making money

It now has over 2000 products, but Cannon-Brookes says its main role isn’t to generate revenue.

“The main point of our marketplace is not necessarily about the revenue acquisition as much as it is about customer value and stickiness,” he says.

“The more marketplace add-ons a customer has, the more happy they are about the value the products offer and the greater their stickiness over time.

“That’s the focus of the marketplace.”

The platform also helps the Atlassian team focus on its core aim.

“The marketplace solves problems that we don’t want to or don’t have to,” Farquhar says.

“We focus on the core collaboration problem and it’s really around the edges.

The co-founders also say that they are open to drawing inspiration from the marketplace, but were coy about discussing any potential new products.

“New product introduction is not something we talk about publicly.”

They’re only just getting started

A big emphasis immediately following the landmark IPO last year from the co-founders was that Atlassian is just getting started, and this notion was reiterated during the investor call.

While the tech company has spread across the world, the founders again stated that they want to target the Fortune 500 companies.

“But we believe we’re just getting started. We’re truly just scratching the surface.

“We think we’re at the early stages of a very big wave.”