Atlassian IPO plans heat up: “Going public without a CFO is a little too different, even for us” 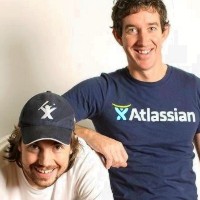 Former Smart50 winner Atlassian is fast tracking plans to list in the United States with the appointment of an experienced chief financial officer.

The software development company founded by Scott Farquhar and Mike Cannon-Brookes announced the appointment of Erik Bardman to the role today.   Atlassian turned over $215 million last financial year and Bardman’s  appointment is tipped to indicate its imminent listing in the United States.

Read more: Atlassian to move to the UK

Cannon-Brookes told SmartCompany this morning Bardman’s experience at public and private companies including the NYSE listed Audit Committee of Trulia, Roku, Inc and Logitech International were key to a successful initial public offering.

“It’s obviously a key step towards being a public company. On our journey we do think a little differently, but going public without a CFO is a little too different even for us,” he says.

Cannon-Brookes says Atlassian has yet to choose whether it will list on the NASDAQ or NYSE.

“We have been on this journey for a long while now making sure we are ready structurally and culturally. You can hire people to make sure of the first one but  the last one takes some time.”

Cannon-Brookes wouldn’t be drawn on a time frame for when Atlassian will list.

“We are in the lucky spot to be in control of our own destiny being profitable and fast growth,” he says.

Cannon-Brookes says when Atlassian does list it won’t be just a “party of two” for him and Farquhar, but instead will be celebrated across the company as Atlassian employees will be given a share of the company when they join.

“Most party of two-people I have been to are quite boring – that’s technically called a date,” he says.

Farquhar and Cannon-Brookes are estimated to own 78% of the company with a combined wealth of $2.1 billion.

“[Atlassian’s employees] are owners of the business like we are so we want to make sure [listing] is the right decision. It is a very meaningful decision for millions of people around the world.”

Cannon-Brookes says the initial public offering will happen “if and when we are ready”.