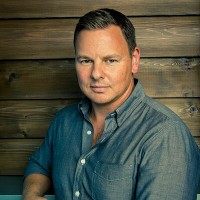 Atmail is the latest local business to branch out to the United States, but the email and software company has decided to make Santa Monica in California, rather than Silicon Valley, its home.

Speaking to SmartCompany from the new Atmail offices in Santa Monica this morning, chief executive Zach Johnson, who joined Atmail last year, says 50% of Atmail’s revenue has been coming from North America for the past several years so the choice to open an office in the US was an easy one.

Johnson says many people assumed San Francisco would be the “obvious choice” for the first international office for Atmail, which was was founded by Ben Duncan in 1999, but he says there are a number of reasons why Santa Monica made more sense.

“When I took a more holistic view, San Francisco became a little less attractive due to the high cost of living,” says Johnson.

“It is very, very prohibitive for companies to move in and settle, not just in terms of rent but salaries too. There is tremendous competition for skilled resources … the overall compensation [for employees] is just exorbitant.”

Johnson says the cost of living in Los Angeles is on average 20% cheaper than San Francisco and there is “quite a bit of resurgence” in the Santa Monica tech scene, led by the likes of Beats, Oculus Rift, Snapchat and Tinder.

“There’s a really interesting vibe here,” he says. “It’s a great scene, a lot of skilled resources… But it is not yet at the Silicon Valley-diva level.”

But there’s another reason why Johnson says Atmailwas attracted to Santa Monica: its beach lifestyle.

Atmail’s Australian offices are located at Peregian Beach on Queensland’s Sunshine Coast, where “the beach is right at our feet”, and Johnson says there are similarities with the location of the Santa Monica office.

“Our office is a 10 minute walk to the beach,” says Johnson, who says there was a conscious effort to create the same laid-back, outdoor lifestyle as the Australian office.

“We wanted to keep some continuity with our office cultures.”

Atmail grew by 40% in 2013-14 and Johnson says the company is on track to turn over more than $5 million this financial year. It employs 33 people, including five staff coming on board in Santa Monica.

Other international markets are on Atmail’s radar, with Johnson revealing plans to establish some form of presence in the UK, as well as in Japan, where one of the company’s major clients is based.

Johnson says it is important for Australian startups to think internationally.

“It helps us because we’re located on the Sunshine Coast and not in Melbourne or Sydney,” he says.

“There’s a potential to get insular without input or influences from your peers and colleagues, even from other industries. Having a broader perspective is very helpful.”

“Crossing the pond also gives us the opportunity to engage with clients from a local office. If you are trading in the US, it is essential to spend time here.”