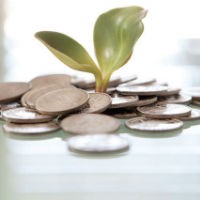 Australia has the third highest business-to-consumer e-commerce sales rates in the Asia-Pacific region, according to a report by German-based business intelligence organisation yStats.com.

The Asia-Pacific B2C e-Commerce Market report paints a very different picture from a recent report from the University of Sydney, which claimed Aussie retailers are behind the eight ball when it comes to engaging customers online and at risk of losing out to overseas competitors.

The yStats report shows between 2013 and 2018, the Asia-Pacific e-commerce sector is forecast to grow by more than 20% a year, with Australia cited as a front runner in the region.

Australia had the third highest B2C e-commerce sales rates for the region, coming in behind China in first place and Japan in the number two spot.

Internet penetration in Australia was also one of the highest in the region at 80%, with over three quarters of internet users making purchases online.

The report found the travel sector accounted for around a quarter of total B2C e-commerce sales in Australia, while two of the most purchased physical product categories were electronics and fashion products, each accounting for more than 10% of the total sales.

Adam Schwab, founder of one of Australia’s biggest e-commerce players Aussie Commerce, told SmartCompany while he believes Australia will struggle to ever overtake markets such as the US, it was certainly punching above its weight.

“While our e-commerce companies are certainly not the biggest, we have some of the best players globally,” says Schwab.

The report shows the leading players in the Australian market are foreign names, such as Amazon and eBay, which are among the most visited websites in the country.

However, it said local merchants are rapidly emerging with the number of local online stores tripling in recent years.

Schwab says one of the biggest advantages the Australian e-commerce sector has over other markets is the country’s readiness to adapt to technological changes.

He says for pure e-commerce players in Australia, there is a further advantage of competing against the entrenched nature of the established retail players in the country.

“E-commerce is taking on established players who have had it easy for a long time,” he says.

While Schwab believes the established retail players are getting better at adapting to online demand, he says they had previously operated in a protected environment that allowed them to charge more than international competitors.

Schwab says e-commerce cuts out the middle man and issues such as the high cost of wages for bricks-and-mortar retail staff, making Australia more competitive on a global level.