Australia social media company MOKO to list on the NASDAQ, banks on app to tap into college market 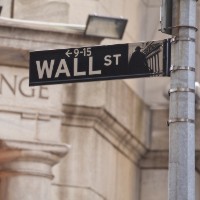 Australian app development company MOKO Social Media will soon complete its move to the US by listing on the NASDAQ later this month.

It is anticipated the company’s public offering price will be between $US7.50-9.00 per American depositary shares (ADS), with each ADS representing 40 ordinary fully paid MOKO shares – equivalent to a price range of $A0.20- 0.24 per share.

MOKO is currently finishing a pilot test of its flagship college-based mobile application REC*IT, which uses data provided by colleges through an exclusive agreement to help organise student recreational and sporting activities.

The free app is to be adopted across 700 colleges by the end of September, with a reach of 10 million possible users – allowing advertisers to directly target a highly attractive and segmented audience.

Chairman Greg McCann told SmartCompany the possibilities of this audience are part of the reasoning behind the ASX-listed company’s decision to dual list.

“[The US] is a very big market, and it’s a very sophisticated market… We really wanted to give American investors the opportunity to invest, because they were probably more likely to put a truer value on the stocks that you would in Australia,” he says.

“There’s not a lot of technology stocks here, particularly doing what we’re doing – which is really pushing the boundaries into a new area.”

“Advertisers have a lot of interest – they’re watching us very closely [because] these are prime markets. And because we collect so much information… we have the opportunity to segment and highly profile our users,” he says.

In November last year, Foster Stockbroking research predicted $97.8 million in revenue for MOKO at the end of the 2015 financial year, amounting to 634% growth. McCann says while such predictions are “the big unknown” due to the company’s “unproven” business model, the figure may have been on the conservative side.

MOKO will begin its investor roadshow across the US on Tuesday, and is hoping to raise $10 million in capital. Although aware of the dangers in moving to the much more competitive stock market, McCann remains confident.

“I don’t think it’s a simple matter of ‘moving from Australia to America and you’re doomed for failure’,” he says.

“I think it’s how you manage that process. But importantly, it’s the business you deliver at the end of the day.”