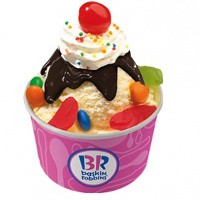 Ice cream retail chain Baskin-Robbins plans to open 20 new stores across Australia over the next year, with the first five to open in coming months.

The new stores will be a combination of company-owned and franchise stores, adding to the Palm Oasis Ventures-owned brand’s stable of 78 stores in Australia.

Baskin-Robbins announced in 2013 plans to open another 200 outlets in Australia, following the signing of a new master franchise joint agreement with Galadari Brothers.

The first of the new stores will be located in Forest Lake, West End, Townsville, and Bayside in Queensland, and Nedlands in Western Australia, with more to come in New South Wales and Victoria.

“We’ve been consolidating our brand over the past two years and we are now in the position to grow our stores at a rate that is both sustainable and meeting consumer demands,” says Jordan.

Jordan says ice cream is especially popular in Australia and Baskin-Robbins is looking to extend its store network to better meet the demand.

”The Australian market has one of the highest per capita rates on spending of ice cream – we’re the third,” says Jordan.

“Australians can’t seem to get enough of ice cream. We believe the marketplace can hold and warrant a far greater amount of ice cream stores,” he says.

While the first handful of new stores will be located in the brand’s Queensland and Western Australia homeland, Jordan says Baskin-Robbins will be focusing on new stores in Victoria and New South Wales between October and December—with a view to opening even more stores further down the track.

“We believe the dessert industry in Australia is strong,” says Jordan. “We could open another 50 over Victoria, New South Wales and South Australia most definitely,” he says.

“The brands that are able to build strong loyalty and get passionate will always be able to ride the ebbs and flows of consumer confidence,” says Jordan.

“As long as you stay true to values as a brand and build on your values,” he says.