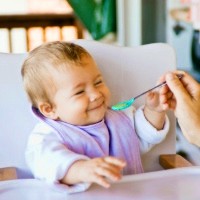 Shares in the formerly family-owned company were initially offered at $1 but trading in the stocks opened at $1.31 at 11am on Tuesday before quickly rising to $1.34.

At the time of publication, the stocks were trading at $1.38.

The strong debut has given the business a market capitalisation of more than $120 million, significantly higher than the $95 million indicated by the initial public offering.

One of the shareholders keen to secure a piece of Bellamy’s was BRW Rich Lister Bruce Neill, whose company Quality Life has snapped up a 8.62% share in the organic food producer, according to Fairfax.

Twenty-five million shares were offered in the initial public offering, with the total number of shares in the company now totalling 2.2 billion.

As previously reported by SmartCompany, the IPO also allowed Kathmandu founder and former BRW Rich Lister Jan Cameron to sell down her stake in the business.

Bellamy’s Organic managing director Laura McBain described the debut as “outstanding”, telling SmartCompany this morning the strong result “shows the confidence investors have in the Australian food industry, not just within Australia but in other countries too.”

McBain says the good news for the company was also boosted yesterday with one of Bellamy’s long-term partners, dairy producer Tatura Milk Industries, receiving official accreditation as a supplier of certified organic baby formula in China.

“This is something we had expected to occur, it’s great for us,” says McBain. “It’s a great time for us to be able to let everyone know our growth strategy is on track.”

Bellamy’s Organic was founded as a family business in Launceston in 2004, before being purchased by investor group Tasmania Pure Foods in 2007. The company produces around 30 products which are 100% Australian-made and certified organic.

McBain describes Bellamy’s journey from a “mum and dad business in Tassie” to an ASX-listed company as “an amazing story”.

“It’s a little bit of creating your own timing,” says McBain. “And you’ve got to be ready to take the opportunities as they arrive.”

McBain says Bellamy’s “started out with just a few people doing lots of things”, but over time the company has built the infrastructure and processes it needed.

“But the most important thing we’ve done is develop a brand.”

“Bellamy’s is a trusted brand and mums really engage with it,” says McBain.

“And we’ve made sure the brand is not just for Australian mums but resonates with every mum around the globe.”

Partnerships with other suppliers, such as Tatura Milk, have been essential to Bellamy’s success, says McBain.

“Partnerships are really important. We’re really good at what we do and [our partners] are great at doing what they do. It’s a great model to integrate our experience and knowledge and work collaboratively,” she says.

Janine Cox, senior analyst at Wealth Within, told SmartCompany Bellamy’s strong debut is a “great result for the people who have invested in the stock and the company”.

But Cox says it’s important to “factor in we’re in a bull market” and that can influence whether or not a stock exceeds expectation.

Cox says Bellamy’s debut also highlights the importance of timing for companies preparing to float, and believes the company gained popularity because it “offers something a bit different”.

Cox says the real test for Bellamy’s will be the in the three to 12 months after listing, as more information becomes publicly available about the company.