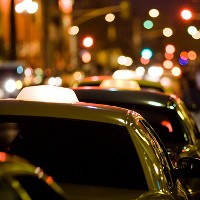 Marketers don’t need to be more creative: The advertising and marketing industries have traditionally invested heavily in their creative departments because that’s where the magic happens, right? But what if this investment has been at the expense of actually tracking the effectiveness of the content?

Writing in the Harvard Business Review, Michael Schrage argues that advertisers and marketers need to stop focusing on creative and start paying attention to measuring their content in the same way the popular social media networks do:

“ … the multimedia successes of Google, Twitter Pinterest, Instagram, Facebook, and so on, highlight just how flaccid and ineffective most creative advertising and market has been. What’s the secret sauce these technologies all have in common? Their creativity is measurable, trackable, and accountable. That’s a winning combination. If you’re a brand manager or CMO, that’s what you should care about.”

“ … in an era where machine-learning algorithms can sync clicks, pupil dilation, tweets, likes, recommendation engines, and home delivery services, creativity becomes less a focal point than a measurable means to a business end. True creative genius may transcend metrics. But anyone regularly exposed to advertising or marketing campaigns knows first-hand that even brilliance, let alone genius, is in shockingly rare supply.”

Why people name their machines: As a society, we have long given human names to inanimate objects and machines. Think of those people who name their cars and boats, or musicians who name their guitars. So what does it say about our relationships with machines?

In The Atlantic, Adrienne Lafrance suggests the answer is about control.

“Anthropomorphizing our machines is a way of commenting on the kinds of jobs they do, but it’s also a way for us to express trust in them—which, of course, has everything to do with our comfort level and nothing to do with a machine’s effectiveness. Your computer doesn’t care if you call it Siri, or Hal, or Joe. But you might be more likely to ride in a driverless car if the vehicle seems cute in a vaguely pareidolic way.

“Giving something a human name is ultimately, then, a way of exerting control over it—a reminder that it works for you, that it exists within a human construct, even when the machine itself is wholly indifferent …  Machines don’t need names, but we feel the need to name them—out of a mix of affection, perhaps, but mostly out of a desire to reorganize forces more powerful than we are so that they appear to be under human control. Whether or not they actually are.”

5 traits Uber shares with old-school capitalist companies: Is billion-dollar tech startup Uber really that different from the traditional large-scale capitalist enterprises it is said to be disrupting?

Allegra Kirkland doesn’t think so. Writing for Salon, Kirkland says while Uber is now “almost a parody of the quintessential millennial company”, the business is also “a prime example of the neoliberal economic model at work”.

Kirkland has five areas to back up her claim. Read on to see if you agree.