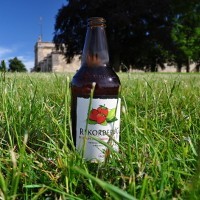 The cider industry has plenty of reason to cheer across Australia today, with research forecasting a 21.5% jump in spending on cider over the next five years.

IBISWorld research shows while Australia’s per capita alcohol consumption is decreasing – with beer falling fastest out of favour with Aussies – there are still a few sweet spots in the alcohol industry experiencing growth.

Australians will spend $1 billion on cider this financial year, according to the research, with spending growing at an annualised rate of 33.9% over the past five years.

IBISWorld senior industry analyst Ryan Lin told SmartCompany the rise in popularity for cider was linked to the uptake by women and a younger demographic.

“Particularly women, who have been turned off by certain taste aspects of other alcohol beverages, are turning to cider due to the sweeter taste,” says Lin.

He says cider is seen as more a “casual” drink for women and younger people, and often has a lower alcohol content.

The research shows there is a trend away from strictly apple-based varieties of cider that is attracting new drinkers and is also leading to a rise in the number of specialty ciders available on tap.

Lin says although the forecast 21.5% rise in spending is considerable, Australia’s cider industry is still relatively small compared to the markets for beer, wine and spirits.

The beer industry still dominates the alcohol industry in Australia, turning over $6 billion annually, while wine and spirits generate $4 billion and $3 billion respectively.

Cider however, outstrips other alcohol beverages by at least four times in terms of growth, with wine the second fastest growing sector at 5.1%.

Lin says the fact Australians are willing to fork out money for premium-priced imported cider, such as Rekorderlig Cider, demonstrates a huge opportunity for cider manufacturers in Australia.

Before you run out to launch a cider startup however, Lin says new entrants should consider the rising “health movement” that is turning many consumers away from alcohol moving beyond the five year mark.

“The growth trend may potentially encounter health conscious consumers who are aware of the high sugar content of ciders,” he says.

“The future growth of the industry will depend on how cider is considered in light of that health conscious movement.”