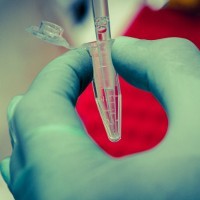 Biotech company Genetic Signatures is set for a pre-Christmas listing on the Australian Securities Exchange on December 23, 2014.

It is seeking to raise $12 million to $15 million in the initial public offering.

The business was founded in 2001 by the late Dr Geoffrey Grigg, the former chief of molecular biology at the CSIRO.

It has developed a molecular diagnostics technique which is increasingly used by hospitals and pathology labs to detect specific sequences of the genome, the DNA or RNA that define an organism.

Genetic Signatures already has some major Australian clients, a presence in Israel as well as Italy and is now looking at cracking the US market.

The biotech company claims its technology provides high-volume hospitals and pathology laboratories the ability to screen for a wide array of infectious pathogens with a high degree of specificity quickly, saving time, money and lives.

Compared to traditional methods of testing which take four to five days, the technology delivers infection results in four to five hours and up to 400 tests can be conducted at any one time.

“The IPO funding is to expand our product range and expand our sales in Australia and overseas,” he says.

“It’s a step wise approach to the market with an experienced team that has done it all before.”

Melki says unlike other biotech companies all of the development work has now been done and all of the raised funds will be used for expansion.

The business has 50 shareholders with co-founder and chairman Christopher Abbott, of Maple-Brown Abbott, the majority shareholder with 75% of the company.

Abbott has invested $16 million of his own money in the business.

Melki was “employee number four” at Genetic Signatures and says he has a “small” shareholding”.

He says the IPO will be “all new money, with no money coming off the table”.