Brisbane entrepreneur sells business for $305 million: How I did it 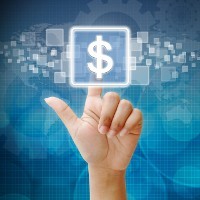 Ezidebit aims to help small businesses improve their cash flow by acting as a one-stop payment provider and maintaining recurring debits and payments.

Dempsey started the business after he had trouble getting paid.

“The first month we turned over $300 in revenue so we have certainly come a long way,” Dempsey told SmartCompany.

He owns 50% of the business which now handles $3.5 billion worth of payments for 16,000 businesses across Australia and New Zealand.

Ezidebit hired Deutsche Bank and Macquarie Capital and went down a dual track listing looking at an initial public offering or a sale.

Dempsey says Ezidebit had “some very good offers” from some “very large” private equity firms but Global Payments offer proved to be the best for the business.

Dempsey and his fellow shareholders were attracted by the scale of Global Payments with its 4000 plus employees and international reach.

“I think they can take the company to the next level for the benefit of the employees,” he says.

“There are things we do they can apply to other businesses in other nations.”

Ezidebit has just opened an office in Hong Kong and Dempsey says the Global Payments deal will really accelerate growth there.

“There should be some really good synergies, especially with other markets they are already in and it certainly gives us a real piggy back in those markets,” he says.

Dempsey says the dual track process the business went through was “a very good experience” but an expensive one.

Consultants fees alone cost Ezidebit “a couple of million” from its cash flow and to go through the whole IPO process Dempsey estimates the cost would be around $10 million.

“It’s not cheap,” he says. “But you get a good in-depth look at your business by doing it and part of the road trip is getting a whole lot of feedback from analysts.  It was a really eye opening learning experience.”

Dempsey is coy about his next step and says he has “a few things in mind”.

“Global are retaining me on an advisory level so I’m still involved but more as consultant,” he says.

“I think the real estate market needs a good shakeup so I’ve got some ideas there.”

Dempsey’s main challenge is going to be “making sure I’m not bored”.  He enjoys surfing and says “I’ll probably catch a few waves” but wants to keep using his brain.

For now, Dempsey is keeping the celebrations pretty low key.

“Until it completes you never prematurely celebrate, you never know what is around the corner,” he says.

“Anyway, a $15 bottle of pinot is just as good as a bottle of Grange.”

“This partnership with Ezidebit’s talented management team leverages our multinational footprint, allows us to capitalize on opportunities across integrated payments globally and expands our business in the fast-growing Asia Pacific region,” he said in a statement.

Global Payments expects to complete the takeover during the second quarter of its 2015 financial year after it gets regulatory approval in Australia.

It expects Ezidebit to add about $US25 million to its forecast revenue for next year of between $US2.69 billion and $US2.76 billion.