Campaign Monitor acquires GetFeedback as it aims to accelerate growth 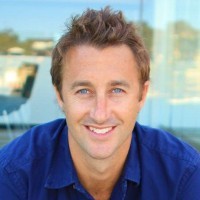 “The combined product offering establishes Campaign Monitor as a clear leader in the new way companies communicate with their customers.”

The acquisition will allow Campaign Monitor to offer an integrated set of email marketing and online survey applications.

Campaign Monitor customers consistently rank online surveys as one of the most requested new capabilities, and GetFeedback customers rank email as their single most desired offering. The two products can be used together immediately, with deep integration to come in the first quarter of 2015.

GetFeedback was founded in 2013 by former Salesforce executives Kraig Swensrud and Sean Whiteley. Swensrud says they’re thrilled to be teaming up with Campaign Monitor.

“By joining forces, we have a unique opportunity to create a world-class integrated product offering that will supercharge Campaign Monitor’s growth in this multi-billion dollar industry,” he says.

Swensrud will assume the role of CMO for Campaign Monitor.

It’s been an eventful year for Campaign Monitor. It released a major new version of its email marketing application, received a $US250 million investment led by Insight Venture Partners, surpassed the 120,000 customer milestone, and made key executive appointments including CEO Alex Bard, a former executive vice president at Salesforce.

“We couldn’t be more excited to bring GetFeedback into the Campaign Monitor family,” Bard says.

“In addition to acquiring a market-leading survey product and a phenomenal set of customers, GetFeedback brings a deep bench of world-class talent. The GetFeedback team will add horsepower to Campaign Monitor as we aggressively invest in growth and open our new US based headquarters in San Francisco.”