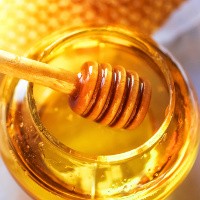 Australian honey maker Capilano Honey will seek to bolster its position in the local market, following the acquisition of Victorian business Chandler Honey.

Capilano announced its plans to acquire Melbourne-based Chandler Honey on Thursday, informing the Australian Securities Exchange it expects the purchase to be completed by today.

Dirk Kemp, Capilano chief financial officer and company secretary, told SmartCompany the value of the purchase will be revealed to the market on February 9.

Chandler Honey’s operations will be moved to Capilano’s honey making facility in Maryborough in regional Victoria, and the owner of Chandler Honey will join Capilano, along with two other employees.

Kemp says the acquisition will allow Capilano to expand its operational capacity to meet greater demand for the company’s honey. According to the ASX statement, Capilano expects to be able to produce an additional 1000 tonnes of honey as a result of the acquisition.

Kemp says demand for Capilano products has been increasing over the past two years in the domestic as well as international markets.

“Australian honey is seen in the market as being better quality,” Kemp says.

Capilano Honey started as a small family business in Queensland in 1953 and listed on the ASX in 2012. The manufacturer is now estimated to hold approximately 50% of the domestic honey market and is one of the largest honey packers in the world.

In June 2014, media mogul Kerry Stokes picked up a 12.5% stake in Capilano, after distributor Icon Brands sold down its 20.7% stake in the company.

Kemp says Capilano enjoyed strong revenue growth in 2014, with the company posting revenues of $86 million for the 2014 financial year, a 19% jump on the year before. Net profit after tax for the year was $4.6 million, up 34% from $3.4 million the year before.

Capilano’s focus this year will be continuing to improve its supply chain and securing and maintaining relationships with local beekeepers, says Kemp.

But Kemp says the company is also continuing to “investigate” further opportunities to expand overseas.

“We’ve just started Asian distribution and we will look at expanding that, mainly in China,” he says.