Carl’s Jr. lands Down Under: Five things you need to know about Australia’s newest fast-food chain 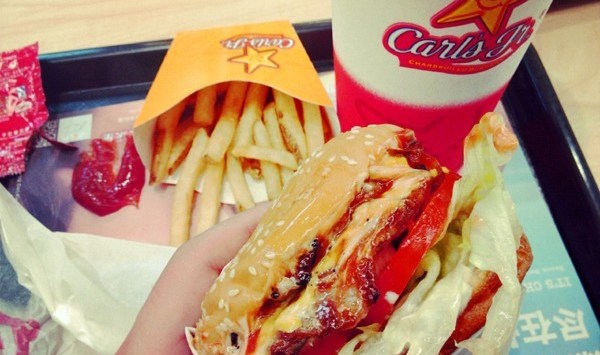 Carl’s Jr. was founded in Los Angeles in 1941, but has since expanded beyond the United States to countries such as Canada, Japan, Malaysia, Brazil, Russia and Denmark.

“Our research shows that the strong economy here, combined with our positioning and premium food offering complement what we’ve seen in New Zealand,” Puzder said.

Here are five things you need to know about Carl’s Jr.

Carl’s Jr. is renowned for its controversial advertising featuring busty women spruiking the chain’s burgers and other products.

In one advertising campaign, the chain paid Kim Kardashian to promote its chicken salad.

“While the best things in life are messy, it’s fun to get clean,” Kardashian says as the camera hovers over her chest and she steps into the bath.

It will be interesting to see whether the company uses the same marketing tactics in Australia, and how the local advertising watchdog responds.

2. The fast-food company has big plans

When Puzder previously spoke to SmartCompany, he said he hoped Carl’s Jr. would eventually have 300 stores in Australia.

That’s an ambitious goal, especially considering there are more than 900 McDonald’s stores across the country and around 600 KFCs.

However, Puzder said the presence of other American burger chains is good news for his company because it means Australians have gotten a taste for US-style fast food.

3. And even bigger burgers

Carl’s Jr. isn’t afraid to outdo its competitors when it comes to making burgers piled with interesting ingredients.

However, like other fast food outlets, Carl’s Jr. has also recognised the need to diversify its offerings.

Because of this, the burger chain also sells a range of salads and chicken burgers.

4. It chose to launch outside a major city

The town has a population of just over 11,000 and only has one McDonald’s and a KFC.

Burger aficionados will be watching to see whether the fast food company dives straight into the big cities from here or continues to crop up in regional areas where there is less competition.

The burger chain certainly knows how to get people through its doors.

It is offering its first 50 Australian customers free burgers for a year, meaning a number of locals started lining up outside the NSW store days before it opened.

One local told News.com.au he had been camping outside the store since Sunday night.

“I live in the region and wanted to be one of the first Australians to try it here, because I have never had a Carl’s burger before – even one from overseas,” he said.

“I’m a big burger boy. I lined up for In-N-Out in Sydney a few weeks ago, which I love, so it’s very exciting to have an American burger chain on the central coast.”