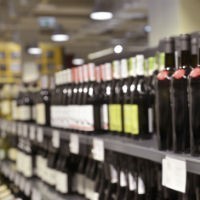 Online retailing giant Catch Of The Day looks set to challenge Costco and other international rivals after the launch of a new buying club to reward loyal customers.

Club Catch, which has been trialled over the past few months and officially launched this week, gives members free shipping and priority access to deals.

A former Smart50 finalist , Catch of the Day forms part of the Catch Group, along with Scoopon and West Avenue. The Catch Group was turning over $350 million last year.

Catch Of The Day managing director and co-founder Gabby Leibovich said more than 20,000 members have already signed up to Club Catch and he expects the club to challenge Costco’s success in this space.

“Based on our current signup rate we expect Club Catch to exceed Costco as the number one buying club in the country by member numbers within a year and half,” he says.

“Our goal is to build Australia’s most exciting, prominent retail group. Central to that is delivering greater choice and value to our members.

“Club Catch evolved from feedback we received from our customers indicating they would happily pay to be part of a membership-based shopping club in exchange for a number of key benefits, including quick delivery and access to quality brands.

“It is a win-win for the business and consumers as we can now reward loyal customers with a range of value enhancing initiatives in exchange for a small annual-membership fee which effectively pays for itself in the first order.”

Leibovich told SmartCompany this morning the loyalty club program is something the online retailer had always considered introducing, representing an opportunity to further grow market share and distinguish Catch of the Day from overseas and local competitors.

He believes the initiative is an exciting one for the business to be heading into its 10th year with.

“Customers love and appreciate the deals we are offering.”

He says the past year had also been an exciting one for him and his business ventures, with UK-based takeaway food delivery platform Just Eat buying out local rival Menulog earlier this year.

Leibovich and Catch Group co-founder Gabby Leibovich were shareholders in Menulog, along with EatNow founder Matt Dyer, who merged EatNow with Menulog in February 2015.

“That was an exciting day in our history,” he says.

For Leibovich, the goals moving forward are to keep pushing Catch Of The Day’s product business, which is the “core element from day one”.

He put a lot of the business’ recent success down to improved customer service, improved shipping times and almost a decade of experience under its belt.

“At end of day it’s all about making the consumer happy,” he says.