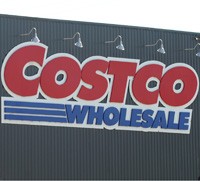 The next planned store will be in Marsden Park, 49 kilometres north-west of Sydney, followed by a second store in Brisbane, and a fourth store in Melbourne.

The Melbourne store is planned for the northern suburb of Epping, catering to the expanding north and urban fringe.

The company made a record $1.3 billion in sales from its existing eight stores last month, a $445.49 million increase on the previous year.

Speaking on A Current Affair, Costco managing director Patrick Noone said much of the impressive sales come from Costco’s “extremely efficient business model”.

“We have very low costs in overheads and we can continue to drive prices down rather than drive prices up,” he said.

Costco also plans to expand into more fuel stations, with Noone saying every new Costco store should sell petrol.

After targeting the major cities Costco will be moving to what Noone calls “second tier cities” like Newcastle and Wollongong in New South Wales.

A total of 667,000 Australians shopped at Costco for the year up until September 2015, according to research from Roy Morgan.

“As our recent Spotlight on Retail report showed, we spend over $100 billion a year on groceries and another $110 billion or so on commodities like clothes, electrical goods, jewellery and pet supplies – many things that Costco also stocks,” she said.

“Each new Costco may take tiny bites out of a whole range of nearby retailers.”