Diary of an Entrepreneur: EatNow’s Matt Dyer delivers on the ultimate convenience 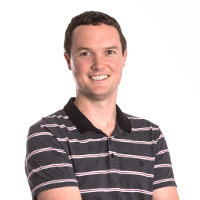 In 2008, Adelaide-boy Matt Dyer was living in the UK when his girlfriend at the time, now his wife, showed him a website that allowed users to have takeaway delivered to their door without even picking up the phone.

Dyer, a former web developer, thought the idea was genius, but it wasn’t until he used it himself that he saw its full potential.

“We had been hiking that day and I’d taken a train home hungry and remembered the website. I used it and thought, this is just fantastic,” Dyer told SmartCompany.

Like all good entrepreneurs, he had experimented with some pretty ‘out there’ business ideas before he had his light bulb moment.

“Basically it was Facebook for dead people,” Dyer says with a laugh, referring to one of his previous business ventures. “It was in the very early days of Facebook… we thought that type of thing might work.”

While the idea of a tribute page for dead loved ones was more of a miss than a hit, he knew the online delivery business had massive promise.

“I knew in the long term everyone would be using it,” he says.

Bringing the idea back to the Australian market, Dyer began creating one of the largest online booking and delivery services in Australia.

It’s point of difference? Offering the ultimate in convenience. It only takes two clicks to get a meal delivered to your door from EatNow.com.au and with 2600 restaurants on board across Australia, customers have plenty of options.

After EatNow was acquired by deals giant The Catch Group in 2012, Dyer stayed on as director of the company and is now steering the site into the future, with its annual turnover set to double this year and head north of $100 million.

Dyer is up at about 7.15am in the mornings unless he’s going for a run, in which case he’s up by six.

“I run a couple of days a week,” says Dyer. “But usually by Thursday I don’t make it.”

But that’s not to matter, because he has a four kilometre bike ride to work ahead of him after he’s tucked into some Weetabix.

“Then I’ll get in to the office, have a coffee, check my email and work out what we’re working on for the day.”

Dyer’s days are packed full of meetings and managing his 15 full-time staff at EatNow’s Mulgrave office.

He’s heavily involved with the company’s digital marketing and sometimes he will even get stuck into some coding.

“I’ll still write a bit of code,” he says. “I still love it, but we have a couple of developers on staff and they are much better at it than me.”

Dyer and his staff head to the supermarket on a Monday to pick up some salad ingredients for the rest of the week, but on Fridays they’ll head to the local café, The Last Piece, for a team lunch, where he will more than likely order the lamb salad.

Given the growth of EatNow and the online delivery industry, Dyer says in the future, people will likely jump online to order their lunch before they head out the door.

“I see it becoming like, nobody won’t order online, except for a handful of people.”

Some EatNow members use the service five times a week and often the top members will use it more than once a day.

Dyer himself will log on at least once a week and says he would use it all the time if it weren’t for one very good reason. “I’m lucky; my wife is a very, very good cook,” he says.

Most of Dyer’s down time is spent with his wife or catching up with friends.

He loves rock climbing and going to music gigs, although he doesn’t get a chance to do it enough. And while he loves to cycle, Dyer says he is definitely not a bike nut, admitting he rides to and from work on a crappy bike and in old jeans.

Dyer says he has struggled in the past with maintaining a work/life balance – “it can be an all-consuming thing” – and although he will try and leave work at the office, he continues to check his emails throughout the night and weekends.

“But if I need to get something done, I’ll just stay at work and finish it off… The important thing is to be effective, at work or at home.”

Dyer says EatNow is still in expansion mode and continuing to grow quite rapidly in terms of both order figures and the number of restaurants they offer on the site.

“The main priority right now is the growth of the business,” says Dyer. “It’s only just beginning really.”

Dyer says he will stay at EatNow for the next while, but like all entrepreneurs, he is always thinking about new concepts.

“After [EatNow], who knows? Perhaps I’ll start another business… I’ve always got ideas.”