Do Australian startup founders pay themselves too much? 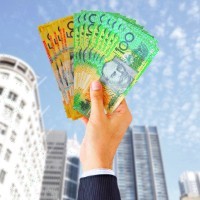 There’s no hard and fast rule for figuring out founder salaries. Last year’s Compass Report highlighted the salaries of Australian founders were relatively high when compared to startup markets like San Francisco, Los Angeles and New York. The recent fall in the Australian dollar has dropped that average to about the same level of the Los Angeles Market – between $US61,000 and $72,000.

“The interesting stat however isn’t actually the salary,” Lo says.

“It’s the ratio of the salary to the amount of capital raised – rounds in the US and more developed ecosystems tend to be larger for the same life stage and as a result, Australian founder salaries tend to be a larger percentage of the funds raised.”

As startups become more and more popular in Australia, Lo says he’s noticing entrepreneurs entering the market that have previously held well-paying jobs and managing their salary expectations can be challenging for investors.

AirTree Ventures partner Craig Blair has been on both sides of the negotiating table. In 1999 he quit his strategic consultancy job, one that paid roughly £120,000 ($A220,000), to join a startup – TravelSelect.com, where his salary was roughly a third of that, even after a large Series A fundraising round.

“It’s a very tricky conversation, that’s more of an art form than a science,” Blair says.

“When you’re trying to keep costs low, the founder really sets the benchmark for everybody for how to use capital sensibly. But you also want your founders happy. You want them to be able to live a reasonable life, to be able to take their partner out for a meal every now and then and not be worried about the bills.

“In the very early stages of a business before an external funding round, say the first 6-12 months, we often advise founders take no salary, or just enough to scrape by,” he says.

“The idea here is that they can take the business as far as possible before raising capital to minimise their equity dilution.

“All that aside, at Blackbird we’re very focused on making sure the founder(s) are aligned with us as investors. This is almost always best done through equity. We’ve said no to a few investments where we’ve liked the business, but for some reason the active founders do not own enough equity. In other cases we’ve worked with the founders and other shareholders to increase founder equity to a level we think is appropriate before investing.”