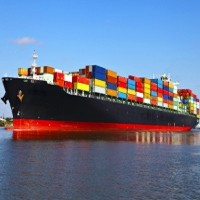 The Australian Export Finance and Insurance Corporation (EFIC) has released a report detailing the exporting intentions of Australian small and medium-sized businesses over the next 12 months.

SMEs believe their exports will become cheaper due to the falling Australian dollar, improved demand in export markets and the introduction of “new products or services”, according to the survey.

Andrew Watson, EFIC’s executive director, told SmartCompany exporting of local SMEs is “increasingly important to [SMEs] overall business”, and that “it also provides the growth opportunities for businesses in global markets that maybe want more exposure to a mature market”.

For many SME exporters, the mature market of choice is China. The report found a quarter of SME exporters surveyed say “it will be their most important market in 12 months’ time”.

Watson says the Chinese market is great for Australian SMEs in terms of both “proximity and time zones” and that it’s “easier for certain clients”.

“We think of China as a set of provinces,” Watson says. “SMEs can find their niche, and their customers, in a number of provinces, not just Shanghai or Beijing, but other developing provinces also offer development for SMEs,” he says.

“The successful SMEs that are exporting to China have done so through building important client relationships and partnerships over several years,” Watson says. “A lot of companies we talk to and deal with are adamant that their success in China does not come overnight, finding the right customers and partners is important for longer term success.”

Despite this general confidence and optimism in the market abroad, 29% of SMEs said they were worried that gaining access to finance will be difficult over the next 12 months.

Watson says many SMEs are growing at a rate where they may have balance sheet constraints, resulting in the difficulty of accessing finances.

“In their normal conversations with bankers, they can find that the company is growing faster than their balance sheet. It’s important then for the bank to understand export opportunity and understanding quality of people behind the business, and then seek to close that gap on finances.”

He says the same can be said for smaller SMEs – those with a turnover of less than $1 million per year.

“For small businesses, the challenge of finding capital to grow their business is probably the most prevalent challenge”, Watson says.

“Equity or debt are some of those symptoms that many growing companies are currently facing.”