A growth opportunity with bite: Can Australian tourism pass the taste test? 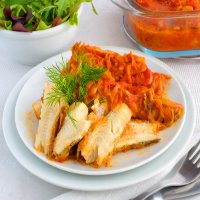 In contrast to the gloom enveloping manufacturing and the slowing growth in commodities, tourism is expected to be a bright spot for Australia’s economy this year.

In his final public address, Tourism Australia chief, Andrew McEvoy ended his four year term by predicting the lower dollar, combined with an intensive (if long overdue) marketing campaign to promote Australian food and wine, can boost international tourism to Australia during 2014 and beyond.

Under McEvoy’s leadership, Tourism Australia positioned Australia as one of the world’s leading aspirational destinations. Surveys conducted by leading travel global magazine Conde Nast, have consistently ranked Australia as one of the top three most desirable destinations since 2010. This year, the conditions now exist to convert aspirations into reservations – or more prosaically, bums on seats and backs on beds.

Despite the strength of the Australian dollar throughout most of 2013, the country experienced steady but modest growth of international tourism arrivals. Australia welcomed 6.36 million tourists in the 12 months ending September 2013, an increase of 5.2% from the previous period.

Much of this growth came from China – a market which grew by 20% in 2013. China is numerically Australia’s second largest source market, and financially its most lucrative. Growing demand from Asia’s burgeoning middle class has been the mainstay of inbound growth.

However, a sharp 9% drop in Chinese tourist arrivals to Australia in November 2013 (compared to Nov 2012) was a wake up call to Australia’s tourism industry. Endless growth in arrivals from China can’t be taken for granted. The sudden dip in arrivals may be one-off, short-term response to Beijing’s new China Tourism Law. The law restricts activities of Chinese-based shopping tour operators who offer popular low budget “shopping tours” (which push tour groups to shop at selected “contracted outlets”) to many destinations (including Australia). Alternatively, it may spark a longer-term trend. The key message for Tourism Australia is to enhance the diversify of its international marketing.

While Australia’s traditional source markets of Europe, New Zealand and North America have languished, there has been positive growth from south east Asian countries, notably Singapore, Philippines and Vietnam (with visitors from the last two largely made up of people visiting friends and relatives).

However, this growth has lagged at the lower end of growth forecasts set out in Tourism Australia’s 2020 strategic plan.