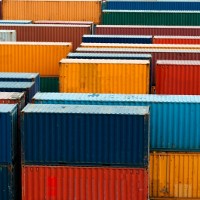 Fewer than one in five Australian companies are taking advantage of bilateral free trade agreements between Australia and other countries, according to research released this week by HSBC Bank.

While successive Australian governments have signed nine new bilateral free trade agreements since 2005, including with South Korea and Japan, each of the agreements was found to be used by just 19% of the Australian companies surveyed by the Economist Intelligence Unit on behalf of HSBC Bank.

This compares to an average of 26% of Asian exporters who take advantage of free trade agreements in their respective markets.

The research included a survey of 800 companies in the first quarter of 2014 with annual revenues between $US50 million ($A53.7m) and $US10 billion. Countries represented in the survey included Australia, China, Hong Kong, India, Indonesia, Malaysia, Singapore and Vietnam.

Half of the Australian respondents to the survey admitted they had limited or no understanding of one or more of Australia’s free trade agreements.

These respondents nominated the complexity of the trade terms in the agreements, a lack of understanding of the benefits and deals with non-strategic markets as the main drivers behind the lack of use of the agreements.

But for Australian businesses that have opted to use the free trade agreements to boost their exporting operations, the research found 75% experienced export growth.

James Hogan, head of commercial banking for HSBC Australia, said in a statement the research shows there is “a knowledge gap amongst Australian businesses on how to make the free trade agreements work for their business”.

But Hogan said those who invest the time and resources in understanding the agreements are seeing “clear business benefits”.

Bryan Clark, director of trade and international affairs at the Australian Chamber of Commerce and Industry, told SmartCompany the research is consistent with studies undertaken by ACCI and other bodies, including the Asian Development Bank.

“Lots of work is being done by government to improve our trading relationships, but if it is too hard and too complex for businesses to understand, it’s not the right result,” says Clark.

Clark says the low take-up rate may be due to a lack of awareness about the free trade agreements among Australian companies, but he says there will be other businesses that are just not trading in those markets yet.

He says a “good program of outreach” is essential for governments when they sign free trade agreements, but this cannot be limited to “at the start when there is all the fanfare”.

“It has to be maintained so businesses in five years’ time can take advantage of the opportunities.”