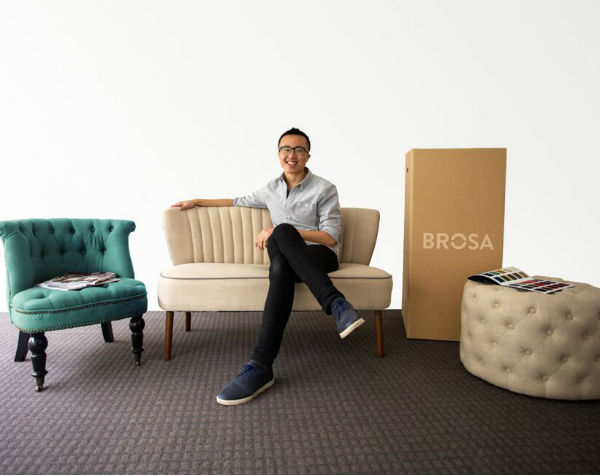 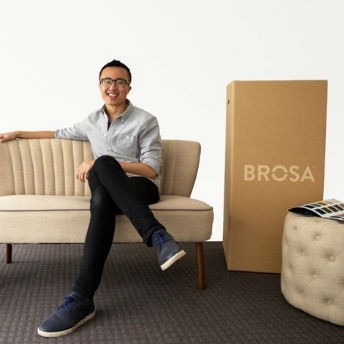 Melbourne-based online furniture marketplace Brosa has scored a $2 million investment from AirTree Ventures as it looks to grow its team and expand its customer base.

Brosa founder Ivan Lim launched the platform a year and a half ago with the aim of selling designer furniture at lower costs than department stores. The marketplace allows industrial designers to manufacture and sell unique homeware directly to consumers. According to IBIS World, the Australian furniture retail industry generates $8 billion in yearly revenue.

The capital injection will be used to grow the Brosa team and get the brand out there to more potential customers.

“We’re looking to hire and grow our team,” Lim says.

“We want to invest more into the customer experience as well, so they become customers for life and then recommend us to other customers.

“Having that capital allows us to do that.”

Another disruptive startup for AirTree VC

AirTree Ventures is a $60 million fund that focuses on seed and growth stage investments in business that are disrupting traditional markets in some way.

It’s not the first time AirTree co-founders Daniel Petre and Craig Blair have invested in furniture commerce. When operating technology investment fund netus, which would later be acquired by Fairfax Media and now operates as Fairfax Digital Ventures, the duo invested in Wayfair, an online marketplace for homewares. Blair says AirTree sees enormous potential in Brosa.

“The Brosa team have great e-commerce experience and have shown strong progress in a short amount of time, so we’re really excited to join them in building this incredible business.”

Brosa is enjoying 40-50% month-on-month growth and has “thousands” of customers across Australia.

“You wouldn’t buy a fake Rolex, so why do you buy fake furniture?”

Lim came up with the idea for Brosa after beginning to furnish his new house in Melbourne. Coming from a family with a background in furniture, this was a very high-pressure task.

“It was a four-weekend experience of being hassled by salespeople over things that all look the same,” he says.

Lim applied his background in e-commerce and manufacturing to the furniture industry, coming up with a way to reduce the price on designer furniture.

“We travelled around the world to find furniture makers,” he says. “We wanted to cut out the importers, wholesalers and retailers, so we can remove these costings.”

There are now over 400 products on Brosa, and Lim says some of these are available for less than a third of the price at their retail competitors.

But with competitors like global giant IKEA, Brosa has to take a different approach to the furniture game to carve out their niche.

“A lot of them are more focused on mass-produced items,” Lim says. “We’re focused on curating the design experience for the customer.”

“There are no replicas or things you see in everyone else’s stores. We’re selling something unique and beautiful that people can keep in their home for years.”

This was originally published on StartupSmart.