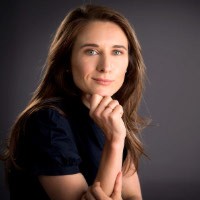 The oil price free-fall continues with no end in sight. Crude oil prices have slumped 20% this year to about $US28 a barrel. Eight months ago prices were hovering around the $US65 mark.

What’s going on? And what does it mean for the economies of Saudi Arabia, Iran and oil-producing states?

Essentially, oil prices are being depressed by a variety of long-term factors.

Key amongst these is China’s economic slowdown. The country is struggling with a debt crisis that has produced turmoil for both domestic and international markets, even halting trading on the Shanghai stock exchange, following ten consecutive months of weak manufacturing data.

Meantime, the United States’ manufacturing sector is also staring down the barrel of a recession, and manufacturing activity in India, which the International Energy Agency believes will lead growth in oil demand this year, contracted for the first time in two years. In short, global demand for oil is weaker now than it has been for some time and this exerts downward pressure on oil prices.

At the same time as demand for oil has dropped, the supply of it has increased. More than 18 months into the crude-price rout, oil production remains high around the world and the US Energy Information Administration recently said that domestic oil production was higher than previously reported in each of the first nine months of 2015.

This is partially because of the increase in production in North American shale oil, which has continued to climb, despite more than a year of falling prices.  High production levels from the Gulf states are another key contributor. According to the International Energy Agency, Saudi Arabia produced 10.2 million barrels a day of crude oil in November, or about 11% of global output of crude and related liquids, while Iran produced 2.9 million barrels a day of crude in the same month.

To cap it all off, despite the conflicts in Syria, Iraq and Yemen, there is no sign of any real threat to production in the major oil-producing states (which usually causes the oil price to spike). As a result oil prices are at their lowest level since 2003.

Why Saudi Arabia wants to keep the oil price low

Saudi Arabia, the world’s largest oil exporter and swing producer, and OPEC’s most influential member, could help to boost the price of  oil by cutting back its own production, but to date, it has given no indication that it intends to do so. Why?

For starters, by maintaining the price of oil at historic lows, the Kingdom hopes to put the US’s burgeoning shale oil and gas industry  – which has begun to emerge as a threat to the supremacy of traditional oil producers – under pressure.

To some extent, this strategy appears to be having an impact. Since the start of 2016 alone, dozens of US-based shale oil producers have filed for bankruptcy. Between early January 2014 and early January 2016, the number of oil-drilling rigs working in the United States fell by more than 50% from 1421 to 516.

As a period of lower prices forces some higher cost producers to shut down, Riyadh may gain market share in the medium term.

The Saudis are also looking to settle scores with Russia and Iran, both of whom are on opposite sides of regional conflicts and are dependent on oil revenues. In particular, Saudi Arabia has a vested interest in making things difficult for its regional rival, Iran, as it rejoins the global oil market.

However, there are also historical reasons for Riyadh’s unwillingness to slash oil production. In the 1980s the country cut production significantly in a bid to boost prices, but it had little effect and actually hurt the Saudi economy.

So, what does this mean for Middle Eastern economies?

Let’s start with Saudi Arabia. At the start of this week, the Saudi stock-market crashed, as nuclear sanctions on Iran were lifted, clearing the way for Iran to re-enter the international oil market in a big way and making an all-out oil price war between Iran and Saudi Arabia seem more likely.

Nonetheless, although Saudi Arabia needs oil prices to settle at somewhere between $US85  and $US 106 in the long term, it has deep pockets – its reserve fund is worth about $US700 billion – and can withstand lower prices for much longer than other economies.

Last week, the Saudi Arabian Monetary Agency put out a statement indicating that Saudi Arabia’s key economic and financial indicators are stable and despite lower oil prices, the Kingdom has maintained a high level of spending in the 2016 fiscal budget, with education and healthcare remaining the focus of government expenditure, at 35% of total spending.

Meantime, the Saudi government has indicated that it will adopt policies and structural reforms to reduce its dependency on oil revenues. Part of the five-year reform policy includes the privatisation of some sectors of the Saudi economy. The government is also considering selling off part of the state-owned oil company, Saudi Aramco. Both of these steps will generate significant opportunities for foreign investors and foreign companies.

So, not exactly a glowing report card, but not a complete fiasco either, especially when you consider that the Kingdom has deliberately used lower oil prices as part of its long-term regional and international strategy.

The removal of sanctions has opened the Iranian economy – one of the last great untapped emerging markets – to international trade and investment. The lifting of banking sanctions also means that Iran is reconnected to the world financial network. Ahead lies the promise of reintegration into the global economy and opportunities for trade with the outside world that seemed impossible just a few years ago.

In the short-term however, depressed oil prices will do little to help Iran’s re-entry onto the oil market, or its economy. While it is expected to start exporting an estimated 300,000 barrels per day immediately, this additional volume in an already oversupplied market will contribute to keeping oil prices low. And unfortunately for Iran, due to its long isolation from global markets, it does not yet have the extensive links to world trade enjoyed by some of its neighbours, making the near future look less rosy than  it might otherwise be. The Economist expects Iran’s economy to grow by 2.4% in 2016 and again in 2017, down from 2.5% in 2015.

Iranian officials must be thanking their lucky stars that they will soon have access to some of the more than $US100 billion that was frozen overseas. This money will be used to import goods and services to renovate and modernise many of Iran’s economic sectors.

And the other oil producers?

Other oil-producing states are also feeling the pinch. At the start of the week the Qatar and Dubai stock markets fell 7.2% and 4.6% respectively, while Abu Dhabi’s main share index dropped 4.2%. According to CNN Money real estate prices in Dubai are down by nearly 10%.

That said, not everyone has felt the pain to the same degree. Falling oil prices have affected Oman and Bahrain most negatively, whereas Saudi Arabia, UAE, Kuwait and Qatar are faring better. This has to do with the underlying  macroeconomic conditions in each country. Those states with  solid financial buffers a high degree of integration with world trade are surviving the rough ride more easily than others. The developed manufacturing and service industries in these markets make them less dependent on oil revenues and somewhat less susceptible to oil price volatility.

The UAE is prime example of sound performance in the face of oil price adversity. The government has aggressively diversified its economy over the last 25 years, to the point that hydrocarbon revenues account for only 25% of gross domestic product and 20% of total export revenues. According to a report by Coface, the UAE’s economy grew 4.6% in 2014 and is forecast to grow 3.8% in 2016. Again, not the stellar economic performance that the UAE saw over the last decade, but not too bad either.

In short, falling oil prices are not great news for Middle Eastern economies, but the picture is mixed. Whereas some countries stand to lose heavily from a continuing reduction in oil prices, others will feel the impact moderately And some may be able to manipulate the trend to their long-term advantage, using the opportunity to gain regional economic supremacy, vanquish international oil rivals and open their economies to greater international engagement.