Tiger unleashed: Why Australian companies could reap the rewards of India’s roaring economy 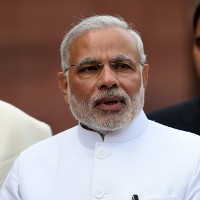 Since India’s Prime Minister Narendra Modi assumed office earlier this year, India has embarked on a program of reform which, if successful, will provide a better environment for Australian business.

The economic promise of India is vast, but historically Australian companies have been hampered by bureaucracy, inefficient transport and logistics, unclear legislation and red tape.

Modi’s reform program promises to remedy this and offers the prospect of a major reassessment of trade and investment ties between Australian and India.

The Australian government’s announcement that it wants to finalise a free trade agreement with India within a year will only add momentum to this prospect.

Already the signs of change are there in India and they should encourage Australian business to explore opportunities in the hope the market becomes more transparent and efficient.

According to a number of recent surveys, business confidence is up in India and the reforms are hot topics in boardrooms throughout the country.

India shows all the promise of achieving its much talked about “economic star” status.

Its middle-class is growing rapidly, delivering increased disposable income; mobile phone usage is high; capital inflows are strong; and growth is projected to be above 6% for 2016.

But without the types of reforms Modi’s government is keen to push through, these bright prospects will fade. For now, at least, the path to reform is getting paved.

In recent months, announcements have included changes to fuel subsidies, labour law regulation and the rules governing foreign investment in sectors such as rail and defence.

The Indian government has foreshadowed coal market liberalisation, and continued to implement measures to promote financial inclusion, with 70 million Indians given bank accounts in the last few months.

Finalising approvals for stalled projects has also been a priority – for good reason.

Of the 460 projects before government, over 150 have now been cleared across the energy, mining, manufacturing and renewable energy sectors.

The next major step is expected to be the resolution of India’s GST and changes to land and insurance laws during the winter sitting of Parliament.

India’s vast and fabled bureaucracy is also changing. The public sector is adjusting to reform-minded, pro-business officials being appointed to senior positions.

Transparency is seen as a key to efficiency, with biometric finger scanning allowing the public to see online when their officials are arriving and leaving the office.