Too good to be true: weighing up Australia’s exposure to China 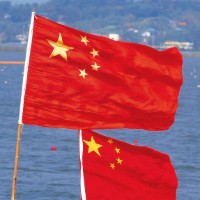 Australia exported A$94.4 billion in goods to China last year, making China by far the single most important destination for Australian merchandise.

Similarly, China is also the most important destination for Australian services exports – around $6.7 billion in 2012-2013, 12.7% of total services exported.

But a growing number of commentators have begun speculating about whether there is a significant downside to these numbers – specifically, has Australia become too dependent on China?

That’s what the Sydney Morning Herald’s international editor Peter Hartcher recently wrote: “A source of strength can also be a source of vulnerability. So it is for the China factor in Australia’s economy.” A similar thesis can be found in Ross Garnaut’s book Dog Days – Australia after the boom.

The fact that the apparent exposure is to China – as opposed to, for instance – OECD countries, only serves to heighten vulnerability concerns.

Commentators routinely express fears of an impending property market collapse in China, or a meltdown in the shadow banking system and widespread local government debt defaults.

But be reassured. The Australian economy’s growing export exposure to China should be looked upon with relief, not alarm.

Most countries worry about being too dependent on another country for imports, as European countries are, for instance, on Russia for natural gas. However, Australia’s chief exposure to China is with respect to exports.

In 2013, merchandise exports to China were precisely double that of merchandise imports from China, resulting in a A$47.2 billion surplus in Australia’s favour.

China might be concerned about being too dependent on imports of natural resources from Australia, but it is difficult to conceive of concerns running in the opposite direction.

And while there is talk regarding the wisdom of diversifying and “hedging our bets”, these investment allocation concepts do not translate well in the trade arena.

Australia does not get to choose where the demand for its goods and services will come from. While demand can arise unexpectedly, it is difficult to predict where this will be.

The real question is if Australia is likely to be better or worse off being exposed to China rather than another country or combination of countries.

It is almost certainly the former. The benefits of Australia’s exposure to China during the global financial crisis has been well documented, and international economic institutions project China will grow at a much more rapid rate than any OECD country over the next decade at least.

And with good reason. China continues to have a low capital to labour ratio compared with countries like the US, and hence can be expected to enjoy high returns to investment into the foreseeable future.

It continues to have access to relatively easy sources of productivity gains, with ongoing urbanisation and entire industries that remain behind the international best practice frontier.

The near certainty that there will be some short run bumps along the way – perhaps more frequent than in OECD countries – or the presence of long run headwinds like demographic change, are far from sufficient to overwhelm the general case for optimism.