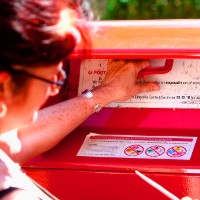 Post offices may be forced to close their doors as the government takes its time to decide on the future of Australia Post, according to a group of AusPost franchisees.

Angela Cramp from the Licensed Post Offices Group told SmartCompany that for some franchises, closing their doors may the only option.

The fears follow recommendations made earlier this month by a Senate committee to compensate Australia Post franchisees for the failure of the mail agency’s franchise network.

Australia Post presented its corporate rescue plan to Communications Minister Malcolm Turnbull last week, which included suggestions to jump the price of a standard stamp to $1 and create of a two-speed priority/non-priority pricing system.

But the government has decided not to make a decision on the plan before Christmas, according to ABC reports.

Cramp says many of 2900 licensed post offices in Australia were in financial trouble because they were unable to cover costs and would struggle with government indecision on its new corporate plan.

“We expected this was our salvation,” says Cramp.

She says operators were led to believe the plan would be decided upon before the end of the parliamentary sitting period this year, and were “truly devastated” to hear it may be delayed until next year.

Cramp says franchisees have been “maxing out their credit cards” and taking mortgages on their homes while Australia Post decides on the corporate plan for the utility.

“There are too many licensees who can’t put any more of their own money into the business while we wait for our salvation.”

Cramp says while letter delivery has declined, duties have changed and operators are “busier than we’ve ever been” and are “virtually working for $5 an hour” to ensure services such as parcel delivery continue.

“At the end of the day, what we want is fair payment for the work we do.”

“If Australia Post operates at a loss then that will be bad news for POAAL’s members – all of whom have invested financially in the Australia Post network,” says Kerr.

He says POAAL has not received any details or confirmation that Australia Post will raise the cost of stamps or create a two-speed letter service. Cramp also says Licensed Post Offices has not seen any of the details of the new corporate plan.

A spokesperson for Australia Post told SmartCompany it has absolutely no intention of closing post offices and has introduced a range of measures to boost Australia’s post office network.

These measures include increasing the payments to post office operators and rolling out new point of sale technology, which will contribute an additional $40 million to the viability of licensed post offices, on top of around $320 million already paid annually, according to the spokesperson.

The company said any questions around a corporate plan are a matter for the federal government.