FedEx to swallow up TNT in $6.25 billion deal: What it means for your business 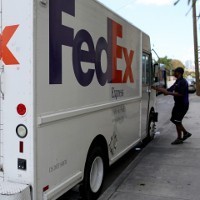 In a joint statement on Tuesday, FedEx and TNT Express, which has been owned by Dutch telco KPN since 1996, said the directors of both companies support the takeover bid, which is valued at $US4.8 billion ($6.25 billion).

TNT has a long history in Australia, with the origins of the business traced back to Ken Thomas, who founded his own transport business in Sydney in 1946 with one truck. As Thomas Nationwide Transport, the company grew rapidly in the 1950s by adding overnight delivery services.

FedEx and TNT said the deal, which is expected to close in the first half of 2016, will “transform” FedEx’s European operations, as well as bolstering both company’s presence in North America and Asia.

But will the deal have implications for Australian SMEs that use their services?

The acquisition follows confirmation in February that one of Australia’s other leading courier businesses, Toll Holdings, will be snapped up by Japan Post for $6.5 billion. Meanwhile, the federal government is expecting to soon reveal a plan for Australia Post to introduce a two-tier mail delivery system to help stem the flow of losses from its letter delivery service.

A spokesperson for TNT told SmartCompany “customers big or small will be the big winners in this deal”.

“They’ll have access to a considerably enhanced, integrated worldwide network, combining TNT’s European road platform and FedEx’s strength in other regions globally, including North America and Asia,” the spokesperson says.

“TNT’s customers in particular would have access to the FedEx portfolio of solutions, including global air express, freight forwading, contract logistics and surface transportation. The combined companies will have strong financial resources, deep sector expertise and global scope.”

But Jon Page, general manager of Sydney bookshop Pages and Pages Booksellers, told SmartCompany “consolidation of competition in any industry is never good on keeping prices as low as possible”.

However, Page says he doesn’t see “anything changing too much as the two biggest non-competitive areas of freight in Australia remain”.

“And secondly, courier companies like TNT are unable to compete with Australia Post’s prices for parcel delivery within the same metropolitan areas.”

But while Page says Australia Post does offer cheaper parcel delivery rates within Australian capital cities, “they are still more expensive than the same parcel shipping from London to Sydney”.

The article was updated at 2.50pm on April 13 to include comments from TNT.