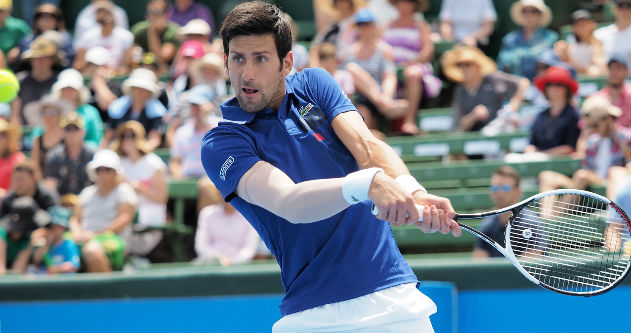 Not content with just mastering the art of tennis, this group of Grand Slam winners have taken their focus, determination and grit off court and applied the traits to their growing business ventures.

Sitting out this year’s Australian Open might give Murray time to focus on his successful side business as a hotelier. In 2013 the Scot bought a Victorian mansion near his home town of Dunblane for a reported £1.8 million, which he renovated to create a 15-room five-

star hotel. The tennis star was helped by Inverlochy Castle Management, a consultancy with eight independent five-star properties in its portfolio.

Murray’s flair for business mirrors his tennis success, with the 2016 Wimbledon champion’s hotel, Cromlix, being named AA Scottish Hotel of the Year in 2016. It was a good year for Murray.

The brand has grown rapidly from its humble beginning selling gummies, to a confectionery giant selling chocolates, gummies, gumballs and merchandise in more than 30 countries around the world. However, it hasn’t all been smooth sailing, with the tennis star coming under fire in 2015 for promoting high sugar products.

“I understand the criticism,” Sharapova said at the time. “Being healthy is one of the biggest priorities as a professional athlete. But on the other hand I also know that everyone loves sweets, including myself.”

Last year Sugarpova’s chocolate tablets were made available in more than 50,000 locations, after deals were made with US grocery chain Kroger Co and 7-Eleven.

Sharapova is clearly laser-focused both on and off the court. While the tennis star was suspended from playing tennis in 2016-17 – embroiled in controversy over a doping scandal – the former grand slam champion honed her business skills, enrolling in Harvard Business School to complete two one-week courses and interning at the NBA and a London advertising agency.

When two of the greatest tennis players of all time became a couple, a powerhouse was created. 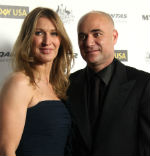 The pair have made careers out of helping children. Agassi founded the Andre Agassi Foundation for Education in 1994, a foundation that is dedicated to transforming US public education for underserved youth. Then in 1998, Graf founded Children for Tomorrow, a non-profit foundation that provides assistance to children who have been victims of war, persecution or violence.

“It’s an amazing thing to change a child’s future,” says Agassi of his foundation, which opened the Andre Agassi College Preparatory Academy in 2001 to provide children in West Las Vegas with a first-class K-12 education. “With education, there’s choice,” he says.

Where Agassi’s charity has a local focus for the pair, Graf’s is about helping children who are on the run from violence, most of whom are refugees.

“We have a lot of children that come through from Africa, Afghanistan, who have experienced incredible violence… some of them have the most difficult journeys to reach a safer destination. Through our foundation we try to help them find hope again,” she says.

“Concentrating on the difference you’re making is a better way to live,” Agassi says of philanthropy. “It’s a way of life.”

The pair dedicate their lives to each other’s philanthropic ventures and their family.

“Food is my passion. Of all the things I’ve experienced in life, food has changed me the most,” Novak Djokovic said last year. It is this love that led the Serbian tennis player to open upmarket restaurant, Novak, in 2009, which sits in the Novak Tennis Center in Belgrade.

The winner of last year’s Australian Open expanded his restaurant business in 2016 when he opened vegan restaurant, Eqvita, in Monte Carlo where his family reside.

Djokovic is reportedly planning to open a third restaurant, offering free food to those in need.

“Money is not a problem for me. I have earned enough to feed all of Serbia,” he said last year.

“I think that they [the Serbian fans] deserve this after all the support they are giving to me.”

Yes – it’s common sense – if you receive that much free media exposure, you are already a brand !