Five tips for expanding your business to Indonesia 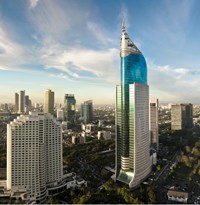 Recent estimates suggest only 250 Australian companies have a physical presence in the archipelago, which has a population nudging 250 million.

Tim Harcourt, economics professor at the University of New South Wales, has recently returned from moderating the Business Think Indonesia panel event in Jakarta and he told SmartCompany now is “probably a better time than most” to expand to Indonesia.

“Indonesia is your typical Asian consumer society, with a growing middle class if you’re in Jakarta, and consumer confidence is steady,” Harcourt says.

“If you look at that middle class, probably food, tech and agri-business are the growth markets at the moment.”

Here are five tips for Australian SMEs looking to expand to Indonesia.

He says the successful overseas businesses that have entered Indonesia in recent years have generally recruited local entrepreneurs to tap into their experience in the Indonesian market.

“The Indonesian market can be very confusing for a lot of foreign investors when they first get here,” Hananto told SmartCompany.

“What’s best for any company wanting to come here is to either have a local contact with good experience in their industry in Indonesia, or to partner up with a local company who already has the business connections or management skills.”

“I think that’s really helped them find new clients and navigate the unique challenges of the local market.”

One of the biggest dangers for overseas businesses looking to invest in Indonesia is being overly optimistic about how successful they’ll be because of the large population.

“250 million Indonesians sounds big, but a lot of people don’t realise that it’s a very fragmented market because of geography,” Hananto says.

“Most of the population is concentrated on the island of Java, but there are also big population centres in Sumatra and Sulawesi.”

“Domestic firms have a pretty strong influence right across Indonesia, and the government still looks to protect Indonesian small businesses from foreign competition,” he says.

In one of these measures, foreign-owned companies must have a minimum capital of AUD$1 million (IDR $1 billion) before they can do business in Indonesia.

While Indonesia’s finance minister Bambang Brodjonegoro has said attracting foreign investment is now a priority, SMEs currently planning to expand to Indonesia will need to be savvy with the investment they make.

Part of this savviness is in deciding where to set up shop. Most of the 250 Australian businesses have chosen to manage their Indonesian operations in Jakarta because, as Harcourt says, “it’s where the big money is”.

But this presents challenges for businesses whose product or services need space, such as agriculture.

Hananto says navigating geography is a key skill of entrepreneurs with this type of business.

“Logistics can also be a problem because transportation infrastructure is not the best at this point.

“So you really need to know where your market is, consider travel costs and distribution channels to make sure your costs don’t blow out.”

Harcourt says a key point to come out of Business Think Indonesia was how Indonesians value Australian insights.

“Take the goodwill of Indonesian people at face value,” he says.

“Some of the companies already in Indonesia that I’ve spoken to have strong cross-cultural training programs in Indonesia and Australia, and they said their Indonesian staff appreciated working for Australian companies.”

5. Be aware, but not put off, by politics

He says there’s no reason why this shouldn’t also be the case for businesses who establish a physical presence there.

“I would be aware of those political factors definitely, but the evidence shows [business activity] doesn’t really drop off,” he says.

“So, I’d say to small businesses in Australia, there’s a lot of exporters doing really well in Indonesia, and some of the companies there are telling me their rates of return are very high compared to China and India.”