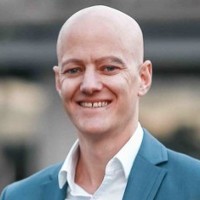 Australian entrepreneur Steve Orenstein, who sold his business to multinational NYSE-listed fleet management firm Fleetmatics in August of last year, has launched his latest venture this week with the aim of disrupting the courier business.

Orenstein told StartupSmart the inspiration for the next-generation express courier delivery service, called Zoom2u, came as he was finishing up at software-as-a-service jobs management firm Connect2field, a business he started in 2009.

“I’m 34 now and been running tech businesses since I was 19. At first they were in IT, and then later in software development. My last product, Connect2field, is a jobs manager designed for tradespeople. That business got acquired last year.

“So after finishing up with Connect2Field, I was sitting with a previous board member talking about ‘what next?’

“And as I was talking about it to a long-time investor, I kept getting these phone calls from a courier company trying to deliver an unexpected package to my house, and he was getting quite abusive because I wasn’t at home to collect it.”

Needless to say, especially with e-commerce meaning a growing demand for express courier deliveries, it didn’t take long for Orenstein to find an industry ripe for disruption.

“Zoom2u is a courier service that uses technology to do a better job of delivering packages. It allows customers to track their packages online in real time, as well as how long it will be until those goods arrive at their destination,” Orenstein says.

The service, launched this week, offers three-hour express courier delivery services for packages within 60 kilometres of the Sydney CBD. Orenstein says it will expand to Brisbane and Melbourne during September.

“When the job is complete, a notification is sent via email or through the app. Customers can then rate the courier’s service out of five stars,” he says.

“It really means anyone can book a courier from their mobile device. It will make booking a courier a lot more accessible for people who don’t do it regularly, because you don’t need to set up an account beforehand.”

Zoom2u is currently controlled through a web interface, with Apple and Android smartphone apps in the pipeline.

Orenstein says having more of the service automated means lower costs for consumers compared to existing courier companies, and will operate its network of couriers internally, rather than outsourcing it.

“We won’t need a big call centre to constantly dispatch drivers. While we’ll still have some customer service staff, customers will be able to check a lot of that information online themselves,” he says.

“We’ll always run this as our own network of couriers… The tech we’re building is smart, and allows jobs to be allocated based on how close couriers are to the next customers, so there’s a minimum of downtime.”

“By the end of next year, we want to expand to every major capital city, and from there hand-pick countries overseas to expand to. So New Zealand is a common one, and we’ll pick off markets across the Asia-Pacific region. We probably won’t look at the US in the short term.”