Footy stars who kick goals in the business world 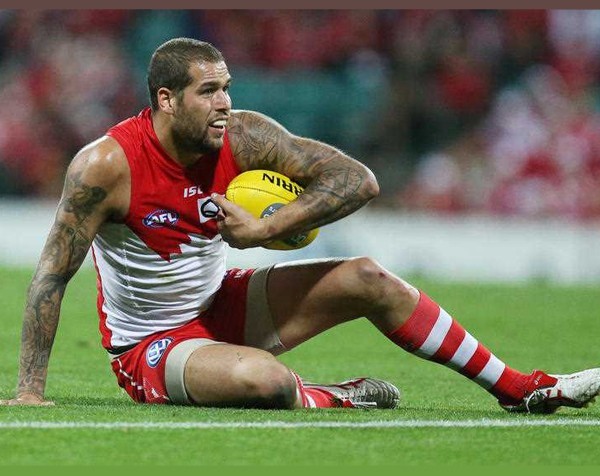 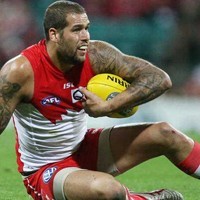 Above: Lance ‘Buddy’ Franklin has a side career in the fashion biz.

Whether you’re in Melbourne or elsewhere around the country tomorrow, it will be hard to escape footy fever as Hawthorn and the West Coast Eagles battle it out for the 2015 AFL premiership.

Footballers are worshipped by die-hard fans, however, like any other physically tough athletic pursuit, their time in the spotlight can be brief. Therefore, giving players advice on planning for life beyond football has become a key focus of football clubs.

When they hang up their boots, many stars of the field go on to run their own business – with their celebrity status giving their ventures a good kick along. Some start their companies on the side while still playing, in order to capitalise on the public’s good will. No doubt the discipline, teamwork and marketing savvy they learn from the game helps in their pursuit.

SmartCompany has gathered a list of some of the most interesting football-to-business ventures in recent times.

Former Melbourne Football Club players Joel Macdonald, James Strauss and Rohan Bail teamed up off the field to launch their own business called Liquorun. As the name suggests, it is an alcohol delivery service where customers order beer, wine and spirits online, and have them delivered to their door – within the hour. One online reviewer said “This is like the Uber for alcohol delivery.”

“A little while back, I was involved in an altercation in a taxi rank in Brisbane and ended up getting arrested,” Macdonald said.

“I had this vision that the hospitality and late-night transport industry needed a bit of a shake-up.

“Straussy [James Strauss] had a night where he was drinking with a couple of mates and they ran out [of alcohol], and the night ended because they couldn’t drive to a bottle shop and it was too far and a bit risky to walk.”

Macdonald, Strauss and Bail partnered with a 24-hour bottle shop in Melbourne and venture technology group Blue Chilli. After launching Liquorun in Melbourne they expanded to Sydney and Brisbane.

Currently however the company’s website says the service is closed for a “short time” while improvements are made.

Hawthorn star Cyril Rioli is also involved in a brand-new venture, with StartupSmart reporting he is a shareholder in online men’s underwear subscription service Three65 Underwear.

There must be something in the water at Melbourne Football Club, as former player James Magner has also ventured into the business world.

He told StartupSmart that while looking to upgrade his bike, he came across glow-in-the-dark fixed single-gear bikes, known as ‘fixies’, which were sold in the US.

He was inspired to import and sell the colourful bikes online, so launched Glow Fixie, appealing to the inner-city “hipster” crowd.

Running pubs, nightclubs, cafes and restaurants has been a common theme for ex-players over the years. Former star-player and Western Bulldogs captain Luke Darcy has followed this lead. He is involved in his family’s business the Darcy Group, which runs a chain of Melbourne-based hotels. These include The Precinct in Richmond (a stone’s throw from the heart of football, the MCG), and The Motel nightclub in South Melbourne among others.

In August he told The Sydney Morning Herald that a profile from playing football can help in business pursuits.

“There’s been a long history of footballers buying into pubs. I think it’s probably because of the idea that if you’re trying to attract patrons then someone with a profile would make a good publican,” he said.

He’s admired on field as much for his prowess as his striking looks, so it’s no surprise Sydney star Lance ‘Buddy’ Franklin has a side career in running a fashion brand.

His fashion brand, which he often models for, has sparked controversy for its provocative prints on T-shirts.

Also in fashion, former Hawthorn player Michael Osborne, who is now on the Carlton coaching staff, is co-founder of Melbourne-based pyjama company Sleep’n Round, which launched in 2009, and which also has a store in Chapel Street.

In the 1990s, Chris Langford was a star on the field for the Hawthorn Football Club. In 2011, he co-founded Newmark Property Group, a Melbourne-based business which is involved in property funds management and development.

*This article was originally published in September 2013. It was updated to reference tomorrow’s AFL grand final.