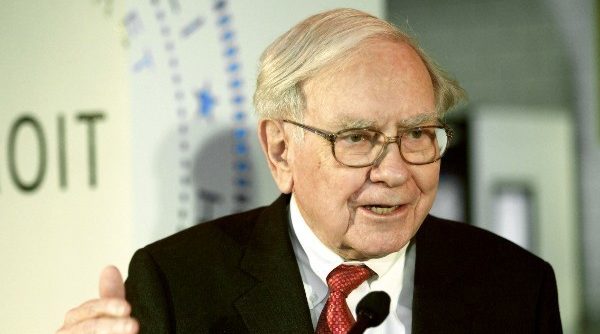 Billionaire Warren Buffett has taken a veiled swipe at US presidential hopeful Donald Trump in his much-anticipated letter to shareholders this weekend.

The businessman and investor’s annual letter to shareholders is always a highly anticipated event thanks to his frank observations about life, business and politics.

It also helps that Buffett is one of the richest people in the world, and has a wealth of business knowledge to share.

Here are four things to take-away from Buffett’s most recent letter to shareholders.

1. Politicians who say America is no longer great are “dead wrong”

In his letter to shareholders, Buffett points out it is an election year in the United States and candidates “can’t stop speaking about our country’s problems”.

“The babies being born in America today are the luckiest crop in history. American GDP per capita is now about $56,000. As mentioned last year, that – in real terms – is a staggering six times the amount in 1930, the year I was born, a leap far beyond the wildest dreams of my parents or their contemporaries.”

2. There are countless products and business out there just waiting to be invented

Buffett says America will continue to innovate, despite some presidential hopefuls talking about how the country has lost its way.

He says capitalism, more than ever, has proven itself to be the best system for producing products and services people want – or don’t yet know they want.

“My parents, when young, could not envision a television set, nor did I, in my 50s, think I needed a personal computer,” Buffett says.

“Both products, once people saw what they could do, quickly revolutionised their lives. I now spend ten hours a week playing bridge online. And, as I write this letter, ‘search’ is invaluable to me. (I’m not ready for Tinder, however.)”

3. To be successful in business, you simply need to diversify your income streams and avoid unnecessary risks

In his shareholder address, Buffett points out his business – Berkshire – is far more conservative when it comes to avoiding risks than other insurance companies.

“For example, if the insurance industry should experience a $250 billion loss from some mega-catastrophe – a loss about triple anything it has ever experienced – Berkshire as a whole would likely record a significant profit for the year because of its many streams of earnings,” he says.

“Meanwhile, other major insurers and reinsurers would be swimming in red ink, if not facing insolvency.”

4. Everyone makes mistakes – and that’s okay

Buffet’s letters are an entertaining read precisely because he is not afraid to criticise himself.

In the 2016 shareholders’ letter, Buffett says his company has operations that sell everything from “lollipops to jet airplanes”, but not all of them drive the same returns.

“A few… and these are serious mistakes I made in my job of capital allocations – have very poor returns,” Buffett says.

“In most of these cases, I was wrong in my evaluations of the economic dynamics of the company or the industry in which it operates, and we are now paying the price for my misjudgements.”

“I will commit more errors; you can count on that. If we luck out, they will occur at our smaller operations.”