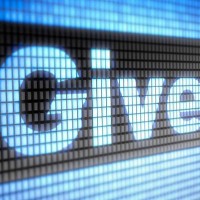 An Australian startup wants to redirect some of the billions of dollars worth of advertising, spent by companies all over the world, to charities.

The Melbourne-based startup, GIVE, was co-founded by Stacey Murphy who says the idea, which is still evolving, centres around getting companies to sign up to GIVE and, in doing so, agree to redirect a small portion of their profits to charities.

In return, companies are given advertising space by way of consumer plugs on social media.

When a company’s product is purchased, it comes with a code, which consumers then put into the GIVE app. The consumer then selects a not-for-profit of their choice to direct the company’s donation to, and broadcasts the donation to any social media platform.

“Any brand that associates with GIVE would be saying it aligns with their consumers and what they’re passionate about,” Murphy says.

“A lot of brands are aligned to set charities. But say for example, some people who buy Nike shoes, might not want to give money to soccer programs, they might want to support AIDS charities.

“It gives people flexibility, so they become more engaged with the giving process.”

GIVE is currently fundraising on Pozible, and has raised $2,030 of its $2,000 target, with just under two days to go in the campaign.

Murphy says GIVE hopes to tap into an increasing sense of social responsibility being shown by consumers.

“We want to leverage that momentum and make them more accountable but show them it doesn’t have to be a battle.

“It can be a symbiotic relationship with all parties working towards a better future.”

Murphy, a designer, co-founded GIVE with Kyle Dundas, whose background is in advertising and she says they’re not afraid to fail quickly.

“The biggest challenge has been the fact we’re both pretty young and in a sense there’s a lot of inexperience,” she says.

“We’ve got this great idea but we don’t want to get bogged down because we don’t know some things. Fail quickly, get up and keep going. That’s been our principle.”