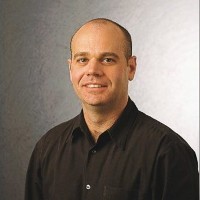 The capital injection is the largest equity funding round in Australia to date, and comes as local investors prepare for the federal government to introduce a crowdsourced equity funding scheme.

Under current regulations startups can only offer equity to sophisticated wholesale investors with more than $2.5 million in assets or earnings of around $250,000.

However, the new framework is expected to allow startups to raise capital from small-scale retail investors.

Australian managing director of OurCrowd, Dan Bennett, says he would like the new framework – which is expected to come into effect at the end of the 2015-16 financial year – to include an investment cap like other countries such as New Zealand.

“I just hope there are sensible protections for retail investors, that there is potentially some sort of cap around maximum investment,” he says.

“There’s also interesting approaches taken in Europe. One of the jurisdictions requires any retail crowdfunding campaign have a component that requires sophisticated investors, which ensures there’s almost a policing of very low quality deals.”

At the moment OurCrowd is a platform for sophisticated investors, and Bennett says the Australian crowdfunding legislation would not change that.

“At this point we don’t have any retail aspirations globally,” he says.

“In terms of whether or not every platform should be like ours, you’d have to speak to investors about what motivates them and is important for them.”

Bennett says equity crowdfunding is kicking off around the world because it allows companies to easily access local and international investors.

“We think innovation is a global phenomenon,” he says.

“And all startups are doing is solving issues and problems in their local country. And what we’re keen to do is help those innovators in tech – those startups – in whatever domicile they are ready to succeed in.”

Global Kinetics Corporation specialises in wearable technology to help with the treatment of Parkinson’s disease.

Andrew Maxwell, managing director of GKC, says the raise will allow the company to continue its overseas growth because the amount of investment capital in Australia is “restricted in terms of its size”.

“The problem for people with Parkinson’s and the people who are treating them is during the course of a year a clinician or someone might see someone for 15-20 minutes during a visit,” he says.

“But the rest of the time a person’s symptoms are changing from day to day, during the course of the day and of course between visits.”

Maxwell says GKC decided to raise funds via equity crowdfunding because, like OurCrowd, it relies on the cloud.

“I think we were attracted to the ease of access,” he says.

“CEOs and managing directors such as myself do hundreds and hundreds of hours pitching to investors and the outcomes are often very variable. But with this platform, once we had gone through the due diligence process and had our pitch put up on the platform, investors could make their decision quickly and efficiently which was a productivity boost for me. One pitch, many investors.”