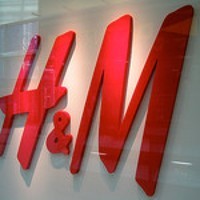 The flood of international retailers coming to Australia is set to continue apace, according to a report released today by Deloitte.

These include new entrants in 2014 such as H&M, Fast Retailing (Uniqlo), Forever 21 and Sephora which have all established bricks and mortar stores alongside their online presence.

“With a weakening Australian dollar and ever increasing competitive pressures, we expect to see further interest by overseas retailers in the Australian retail market,” David White, Deloitte Australia partner and retail industry leader said in a statement accompanying the report.

“As major global players continue to enter the Australian market, and existing global retailers expand their store footprint, Australian retailers across all segments will continue to face significant challenges and increased competition.  “The ability to innovate, drive improved processes and to connect with the consumer will be critical in order to remain competitive.”

White says in 2015 a number of major international retailers are either expected to, or having formally announced, their intentions to set up shop in Australia. “British retail giants Marks & Spencer are rumoured to be interested in the Australian market, whilst the likes of Ashley Furniture, one of the US’s largest furniture retailers, has already announced that they are setting up operations here,” White said.

But David Gordon, retail expert at Lowe Lippman, told SmartCompany while many international retailers find Australia attractive it can also be a tough market for them.

“Most of the big name retailers that have come here have had phenomenal launches and a strong initial period but then we have seen a reduction in their sales thereafter,” he says.

“Once the excitement of the new brand wears down, they then need to compete on a like for like basis, and that is not as simple as it seems.”

Gordon says Australia has specific requirements and tastes and an operational environment with high occupancy and wage costs makes the profit model very different to overseas and requires some local expertise.

“The market here, like any mature market, requires innovation because of the multitude of local private companies in this space. It also requires constant hands on attention and often these large multinationals cannot give this consistently due to other priorities and due to distance,” he says.

“Highly branded overseas operators coming into Australia may sound frightening to local brands but they often do not have a lasting impact.”

The Deloitte report identifies five major retail trends for 2015, which are shaped by the disruptive changes currently impacting the marketplace:

Redefining notions of customer base and transforming the role airport retail plays in a company’s strategy. Around 15% of the global population travel each year, spending the equivalent of a trillion US dollars in the process

This is a rapidly growing business segment that is expected to approach $US640 billion in annual global sales within just a few years. Wearables will offer new opportunities to engage consumers and payments via mobile are of growing importance.

Speed to market, speed to response and speed to deliver are all key. Millennials prefer fast response times and immediate gratification and successful retailers will cater to that through services such as same day delivery.

Responding to market disruption with disruptive creativity of its own. This can involve continued blurring of sectors such as supermarkets acting as banks.