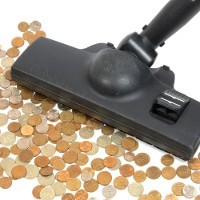 Godfreys is hoping the mums and dads who have purchased vacuum cleaners from its stores for the past 80 years will also pick up shares in the iconic retailer when it debuts on the Australian Securities Exchange next month.

The retailer, which was founded as a door-to-door sales business in the Melbourne suburb of Prahran in the 1930s, is seeking to raise $78 million in an initial public offering that will give it a market capitalisation of $111 million.

Godfreys will issue 28.2 million shares at a price of $2.75 per share on December 10, which represents a forecast earnings ratio for the 2015 financial year of 9.05. The total number of shares on issue following the IPO will be 40.3 million.

John Johnston, the 96-year-old co-founder of Godfreys, is expected to hold on to his 20.2% stake in the business following the float, while chief executive Tom Krulis will retain his 8% shareholding. Investment banks Nomura and Investec are exiting the business.

Krulis told SmartCompany $30 million of the capital raised will go towards paying off debt, with the remaining funds to go towards creating a strong balance sheet to fuel the company’s expansion.

Godfreys currently operates 209 retail stores, 124 of which are company-owned and 85 are franchised, and employs 456 full-time staff. The company plans to open an additional 12 company-owned stores this financial year, four of which had opened by the end of October. It’s store footprint gives Godfreys a sizeable chunk of the Australian and New Zealand domestic and commercial floor cleaning industry, which is estimated to be worth $1.3 billion.

But Krulis wants to open as many as 300 Godfreys stores, including ‘new concept’ stores that will built on the company’s goal of “owning the word clean”.

“We want to sell everything connected with the word clean,” Krulis says. “That’s includes clean water and air, not just vacuum cleaners.”

International expansion may also be on the cards, although Krulis says Godfreys would only consider moving into markets that are similar to Australia and only when the company has “unique products” to offer.

“We are doing more and more of our own products, and as we do more of that, the opportunities [to expand] will open up further,” he says.

Nevertheless, Krulis is realistic about the growth potential in the market for vacuum cleaners, saying there will come a time when the household products make up just a quarter of Godfrey’s sales.

Krulis says Godfreys decided to pursue an IPO instead of raising capital from private investors for a range of reasons.

“First of all, I have a partner who is 96 years old, although he is doing pretty well for his age,” Krulis says, referring to Johnston.

“Secondly, [shareholder] Nomura is exiting its investment in Australia so it seemed like reasonable timing.”

But Krulis says the primary motivation for going public was giving senior management and employees the opportunity to invest in the company.

“We are an incentive-based business and what greater incentive is there than allowing your employees to own part of the company?”

Krulis appreciates greater scrutiny will come from being a public company, but he says he is used to his management being under the microscope.

“I have a 96-year-old who rings me every day so I have plenty of scrutiny,” he says. “I’ve lived with scrutiny for 30 years and so far, so good. I have broad shoulders.”

The float marks a bright spot in the rollercoaster history of Godfreys, which was bought out by private equity firms Pacific Equity Partners and Unitas Capital for $300 million in 2006.

Johnston bought the company back in 2011 and is believed to have paid around $100 million for the company he helped found.

“It was a bit of a shame they didn’t do a better job of it,” Johnston told Fairfax this week.

“It didn’t give me any great joy. It was good that it didn’t go down the drain.”

But Janine Cox, investment analyst at Wealth Within, is wary of the potential success of another retail IPO, which she says are “not that popular at the moment”.

“However, this could change in the new year if the data shows that retail spending is improving,” Cox told SmartCompany.

For his part, Krulis attributes the longevity of Godfreys to just one word: passion.

“We have a 96-year-old who is still taking new vacuum cleaners to shops to demonstrate them … I don’t think many people would do that,” he laughs.

The passion Krulis has for his business was on display during the Godfreys investor roadshow, when the chief executive took vacuum cleaners into the offices of the fund managers he was presenting too.

“It was a bit of fun, we like to do things differently,” he says. “That’s always been our motto as a retailer.”

“Some of the fund managers, this was the first time they had every used a vacuum cleaner and I was able to show them how dirty the carpet in their conference rooms was … The orders are still coming in.”

Brian Walker, chief executive of the Retail Doctor Group, told SmartCompany another key strength in the Godfreys business is its culture and internal focus, which has allowed the company to “withstand a lot”.

Krulis says this culture was evident when he recently took 100 Godfreys employees to New Zealand and they all jumped out of a plane to skydive, including him.