Google partners with Fishburners to roll out its entrepreneurs program 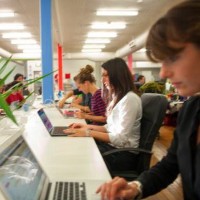 Google has partnered with incubator Fishburners, in a six figure deal, to implement its startup outreach program Google for Entrepreneurs to help facilitate the growth of the startup community.

The partnership will see Fishburners become part of the global network of Google’s 30 startup hubs, allow companies based at Fishburners access to the Google framework for startups, as well as international innovation programs.

It will also be renovating and doubling its space, including a ‘physical’ Google Hangout.

Fishburners chief Daniel Noble says that the partnership was a good fit based on the fact that Fishburners acts as a not-for-profit and does not take equity or invest directly in startups accepted to its programs.

Startups apply for space at Fishburners and commit to a 20-month program until they are ready to move on. Successful applicants pay for their time there with desks being charged at $400 a month.

“We’re about equipping startups to be better formed companies when they go to market, or seek investment,” Noble says. “Too often companies try and do things much too early.”

Part of the Google deal will also be a push to encourage more female entrepreneurs.

In a blog post announcing the deal, Google says:

“From the Cochlear bionic ear to Wi-Fi, Australia has a long history of innovation. Local-born innovations and startups like Atlassian, Freelancer, 99Designs, and Shoes of Prey are flourishing in global markets with the help of the web.

While we’ve seen the growth of the startup community in recent years, we know there’s still a long way to go.”

One of the first programs on offer is BlackBox Connect, a two-week immersion program in Silicon Valley. A Fishburners’ based startup will be selected to spend a week on Mountain View and have access to Google’s network of experts.

“Supporting local tech startups is vital to Australia’s future economy. We know the talent, drive and potential for innovation is all here; we hope to help realise the full potential of Aussie entrepreneurs,” concludes the blog post.