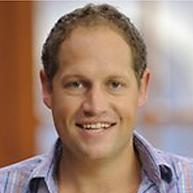 Tom Rutledge, founder and chief executive of HelloFresh in Australia, told SmartCompany within its Australian operations, the funds will be used to invest in marketing, as well as expanding warehouse operations.

“The main thing is that it frees up money to invest in marketing so we can continue to grow, and invest in certain equipment and other machinery to make our pick and pack more efficient,“ says Rutledge.

He says while the Australian operations will not look to take any work away from the farmers and suppliers it works with, it will also look at in-housing certain activities like packaging.

Founded in Germany in 2011, former MasterChef contestant Rutledge brought the subscription service into the Australian market. The company, which is headquartered in Berlin and also operates in the Netherlands, Austria, UK, France, and the US, claims to deliver more than a million meals per month.

Rutledge confirmed the latest round of funding adds to a total of nearly $200 million raised by the company, but declined to disclose his own shareholding.

“It [the funding] will be used on an as-needed basis, in a thought-out and considered way. Ideally, it would be great not to need any, but it’s nice to know it’s there,” he says.

“There is still a huge amount of potential as groceries are yet to be disputed like fashion, music and books,” he says.

“I think it’s extraordinary we still have as many people as we do shopping like their mothers and fathers did, like their grandparents did.”

He says the Australian grocery duopoly presents a unique market for disrupters.

“A market with a few large incumbents generally means there is a strong opportunity for innovation and alterative models,” he says.

Rutledge says HelloFresh will also be looking to expand its offering from the eastern states into Adelaide this year and begin allowing customers greater customisation of its products later this year.

A recent report from IBISWorld labelled online grocery sales as an industry set to soar in 2015, forecasting revenue will grow by 14.6% this year to reach $2.19 billion.

Caroline Finch, IBISWorld senior industry analyst, told SmartCompany the online grocery market has taken longer to gain critical mass in Australia because of the relative ease of physically going to the supermarket, unlike in like the UK.

“Australian players did enter the online market in 1999 but got burned, so they took time out to look for more innovative ways, such as click and collect,” says Finch.

She says with the absence of Coles and Woolworths, smaller players like Aussie Farmers Direct have dominated the industry and she says there is room for other players such as HelloFresh, which targets a niche customer base.