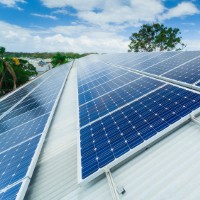 The owner of collapsed business The Solar Guys claims a spate of collapses in the solar industry is being driven by government product recalls.

Dane Muldoon was the part-owner of family business The Solar Guys before it collapsed into liquidation in June.

The collapse follows the earlier liquidation of electrical company Advancetech.

The switches, which are commonly used in solar power installations, were one of five different recalls of isolators.

Muldoon claims there has been a “systematic failure” by the standards and product compliance industry that five different switches have been allowed to be sold on the Australian market only for them to later be recalled.

He says the introduction by the Clean Energy Council of mandatory DC isolators instead of DC miniature circuit breakers in late 2011 has led to “massive problems” and “an enormous destruction of capital in the solar industry”.

“[It’s] a financial and goodwill burden to the solar industry that they take absolutely no responsibility for,” Muldoon says.

“Someone has to pay for every single isolator replacement, be it the manufacturer, supplier, retailer or the end customer in the case that everyone else has gone out of business. Millions of dollars have been erased from the industry to fix this horrendous mess.”

Muldoon says the problems with the Avanco isolators only manifested themselves after 18 months.

“Is the Clean Energy Council saying that it is each solar company’s (most of which are small businesses) responsibility to field test components for at least two years before introducing them to the market?”

“This change was raised by the state electrical regulators,” Szekfy says.

“Some businesses did go into administration after the recall but there are a couple of businesses which are managing the recall.”

Adam Stingemore, spokesperson for Standards Australia, said the body did not issue product recalls and said the Queensland Office of Electrical Safety was responsible.

SmartCompany contacted the Queensland Office of Electrical Safety for comment but did not receive a response prior to publication.

For Muldoon it is clear where the blame for his business’ collapse lies.

“We were healthy before the Avanco recall and I can only guess would have been trading happily into 2015 otherwise,” he says.