How I just sold the company I founded in my bedroom as a 14-year-old for $15.5 million 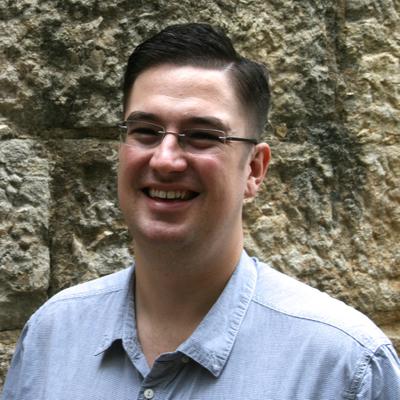 Canberra entrepreneur Michael McGoogan was just 14 when he started reselling US-based web hosting from his bedroom in 2002.

The teenager’s company was called McGooHQ and within three years, it had morphed into AussieHQ, one of the country’s fastest growing web service providers. It would change its name to UberGlobal, building a strong base of corporate and government customers along the way.

Yesterday, Melbourne IT revealed it will pay $15.5 million for UberGlobal, with an additional earn-out payment to UberGlobal shareholders if the company’s earnings before interest, tax, depreciation and amortisation exceed $2.1 million.

Announcing the takeover along with its 2014 annual results, Melbourne IT said the acquisition will make a “small contribution” to its 2015 accounts “after transaction and integration costs [are] taken into account”.

Melbourne IT reported a 21% jump in revenue for 2014 to $124 million and a 27% increase in normalised net profit to $7.9 million and said it will fund the acquisition from its cash reserves.

“Acquiring UberGlobal will create further scale for Melbourne IT, significantly expand our customers base, strengthen the core domains and hosting business and deliver material synergy benefits,” Melbourne IT said.

UberGlobal provides domain registration, hosting and cloud applications, as well as white label business services to a customer base of 70,000 customers. The company has a network of more than 400 resellers, which sell its products to more than 1500 organisations.

Coinciding with the announcement, McGoogan has left his role as a non-executive director of UberGlobal and is taking on a new challenge as chairman of previous Smart50 finalist, hosting company Crucial.

Speaking to SmartCompany this morning, McGoogan says he and his family “have done quite well out of this”, having maintained their founding shareholding in UberGlobal.

“We were lower-middle class, so it’s a good Australian rags-to-riches story,” McGoogan says.

McGoogan, who was chief executive of UberGlobal until 2013, admits it was an emotional moment to see the company he founded with his family’s life savings become part of Melbourne IT, but he is proud to have taken a company “from the bedroom to the boardroom of one of the largest web services providers today”.

“All the learning experience is the most valuable thing to takeaway,” he says.

“All the rough and tumble of growing a business from the startup phase to a $20 million exit.”

Having “almost gone broke five times along the way” with UberGlobal, McGoogan is excited for the next phase of his career with Crucial.

“I have been working with Crucial for the past year or so and I just love it,” he says.

McGoogan met Crucial founder Aaron Weller at an industry event a number of years ago and “hit it off”. While he is not involved with the operations of the company, he is hoping to apply what he learnt at UberGlobal to the fast-growing business.

Weller founded Crucial out of his bedroom in Bondi in 2003. McGoogan says the company is on track to turn over more than $5 million this year and currently hosts websites for more than 50,000 SMEs.