How to choose a crowdfunding platform 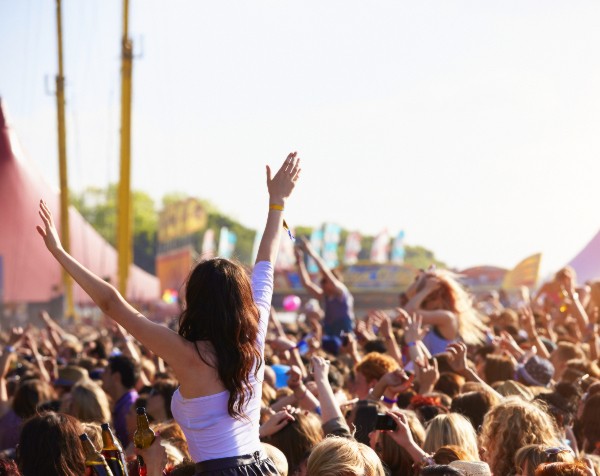 With the explosive growth in crowdfunding, we’ve seen a lot of different crowdfunding platforms popping up, each looking for their cut of the $30 billion that will be raised in this year.

As crowdfunding has matured, each of these platforms has become well known for a certain type of crowdfunding: Kickstarter means gadgets, Pozible supports (Australian) artists, Experiment funds peer-reviewed science, etc. Even so, keeping all your eggs in one basket isn’t good business practice: most platforms serve a range of crowdfunding communities.
Crowdfunding platform fit is as important to the success of a crowdfunding campaign as learning how to convert fans into backers. If you’re on the wrong platform, you won’t reach the people most likely to back your project.

The following is not an exhaustive list, but gives a sense of the kinds of crowdfunding platforms available for projects.

The granddaddy of crowdfunding platforms, ‘Kickstarter’ has become synonymous with gadget crowdfunding. From Ouya to Pebble to Oculus Rift, hundreds of millions of dollars have been raised to support all sorts of gadgets – from the prosaic to the downright bizarre.

Kickstarter is a ‘broad church’ crowdfunding site. You can crowdfund a gadget, a book, a film (Veronica Mars), or almost any other type of creative project.

Kickstarter is an all-or-nothing campaign – you state a funding goal, and if you don’t reach that goal, you get nothing from the backers. It’s an open question whether this all-or-nothing strategy is actually useful. Over the last few years, that threshold requirement has driven campaign goals downward, to prevent campaign failures.

Kickstarter is huge – that’s great for visibility if you have a hot campaign. But if your creative project isn’t the new shiny, it can be very hard to fight for attention in Kickstarter. The signal-to-noise ratio tends to drown out everything except the most successful projects.

In line with this, people who have worked with Kickstarter often report the organisation isn’t very responsive to people running campaigns. That certainly was our own experience at MooresCloud. It took a week to get a reply to pretty much any email about our campaign. Responsiveness has improved since then, but most people crafting a Kickstarter campaign still leave with the impression that Kickstarter is remote, distant, and not very tuned in to their needs.

Despite this, if your gadget or project is the new shiny, Kickstarter is probably the best platform to use. It’s certainly the most popular.

Number two always tries harder, and Indiegogo – founded a year before Kickstarter – constantly struggles to get out from under the shadow of its more famous younger sibling. That’s not a bad thing. Competition has forced Indiegogo to be more creative (and somewhat less selective) in its crowdfunding platform offerings.

As the name implies, Indiegogo began as a way to fund independent film projects, but quickly grew into a broad crowdfunding platform.

From the beginning, Indiegogo had a global reach. Kickstarter didn’t move outside North America until the middle of 2012, and then only into the UK. Indiegogo has always allowed projects to draw backers across a global audience.

More significantly, Indiegogo offers crowdfunders a fail-safe opportunity: if the campaign fails to reach its goal, the campaign can choose to take the funds raised – although, in that case, Indiegogo takes a higher (9%) cut.

One complaint made about Indiegogo is that their campaign vetting process isn’t very rigorous. More than a few gadgets have gone up for crowdfunding on Indiegogo of dubious functionality or downright quackery, missteps that dinged the integrity of the brand.

We come now to the homegrown alternative to the big two: Pozible. Founded back in 2010, for Australians with Australian projects aimed squarely at an Australian audience, Pozible has become the crowdfunding site of choice. Singer Brendan Maclean raised $21K for an album, while Marcus Westbury raised $41K for his Creating Cities book.

Like Kickstarter, Pozible practices the all-or-nothing model of funding, but – unlike Kickstarter – they invite you to try again if your campaign fails to reach its goals. Pozible is as much about the journey as the rewards, and works well for projects that either have or can easily reach out to a base of fans ready to become backers.

If you expect your project to get a lot of international backers, those backers might be happier on a crowdfunding platform they’re more familiar with, like one of the big two. For local projects, however, Pozible has the best combination of reach and accessibility: easy for your backers to use, and small enough that you can get staff attention when you have an issue.

One of the big success stories in crowdfunding is ‘causefunding’ – platforms replacing the charity drives held to raise money for a family after a fire, or an individual after an accident, etc. These funds are often dedicated to a specific purpose: rebuilding, medical care, legal fees, and so forth.

The biggest of the causefunding sites is GoFundMe. With a larger annual turnover than Kickstarter, GoFundMe allows people to raise funds for almost any cause, which is where causefunding gets complicated.

Causes come in all types, and with all sorts of baggage: You could be pledging funds to help someone get their chemotherapy, while on a neighbouring page someone’s causefunding the legal fees for someone accused of a racist act of violence.

The platform is neutral, but the taste it leaves in your mouth could be a bit bitter. Causefunding is an emotional act, and emotions tend to run high on causefunding sites.

While causefunding generally works toward a stated dollar goal, causefunding campaigns don’t have to reach their goals to succeed. GoFundMe passes along every dollar pledged, less the fees.

Science funding cuts got you down? Don’t fret. Take your poor-but-very-well-educated self over to experiment.com and propose a peer-reviewed science experiment for crowdfunding!

Experiment.com isn’t a platform for crowdfunding ‘citizen science’ performed by well-meaning amateurs. It’s a place for real scientists (with PhDs and, often, positions at universities) to raise funds for projects their own funding bodies haven’t chosen to fund. That doesn’t mean these projects are bad science: inevitably, funding bodies get many more project proposals than they can fund. Experiment.com fills the gap.

Like Kickstarter and Pozible, Experiment.com works on an all-or-nothing funding model. Here that strategy makes a lot of sense: without a full budget, it’s not possible to complete the research.

Of all the recent variations in crowdfunding, experiment.com feels both the most natural and the least prone to abuse. Scientists have to provide their full vitae and credentials when they pitch their research projects, and other scientists chime in to support (or critique) those projects.

Early on, Kickstarter made it clear that crowdfunding couldn’t be used to support a lifestyle. “Back me because I’m so cool” is something forbidden on Kickstarter, leaving an opening in the market that, by 2013, Patreon was ready to fill.

If you’re an amazing comic book artist, podcaster, or essayist, regularly turning out great content for a growing legion of fans, Patreon is the new ‘tip jar’ that allows those fans to say ‘thank you’ on a recurring basis. As the name implies, Patreon provides a platform to convert fans into patrons.

Patreon works best for individuals or groups who already have legions of fans. If you’re an unknown looking for support, you won’t find it on Patreon – or pretty much anywhere else. Conversely, if you have spent years on your art, and have the fans to prove it, Patreon can close the gap between fans and funds.

What about creatives who haven’t got a Patreon page to fund their continued work? Recurrency fills that gap. Like Patreon, Recurrency offers creatives the opportunity to receive regular funding from their fans, but unlike Patreon, the creative doesn’t need to be involved in setting up a Recurrency campaign. Instead, the fans can take charge, set up the campaign, spread the word, and raise the funds. The only thing the creative ever has to do is provide the details to transfer funds into their bank account. (Though you’d hope they’d also offer a bit of a ‘thank you’ to their backers.)

The ‘hands off’ approach of Recurrency works well when the artist can’t get involved in the campaign (for political or commercial reasons), and means that fans can always support their favourite artists.

Finally, for the technically inclined, it is possible to roll-your-own crowdfunding platform. A few years back, the folks behind the Lockitron smartphone-controlled door lock ran an unsuccessful Kickstarter campaign, but came out of it with a software project that allowed them – and anyone else – to create their own crowdfunding campaign.

Known as SelfStarter, almost anyone with web and dev ops skills can take the package and set up their own crowdfunding platform. Beware: doing it yourself saves money, but adds a lot of hassle. MooresCloud used SelfStarter to fund our Holiday lights and ended up spending many hours hand-processing credit card transactions and chargebacks and so on. DIY meant a lot of work.

So while you can do it yourself, that’s almost never the right answer. If you can’t get your crowdfunding campaign over the line, rather than reinventing the wheel, your time would probably be better spent looking at your campaign’s relationship to its backers.

Want to pick Mark’s brain on crowdfunding? Head along to the StartupSmart SchoolSecrets of Successful Crowdfunding workshop in Sydney on August 14 or Melbourne on August 21. For more information or to purchase tickets click here.

Budget 2020: Government pledges $2 billion to R&D Tax Incentive, and rolls back some of the more controversial reforms