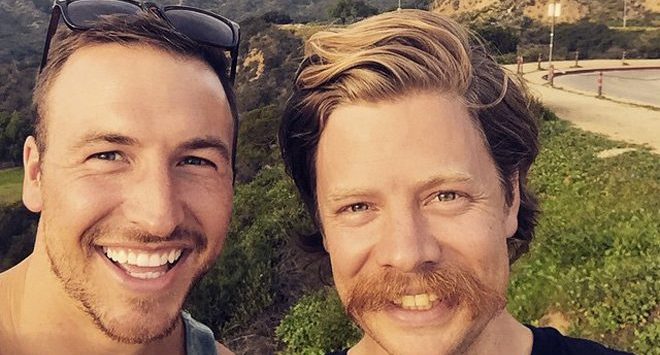 A reusable water bottle that started out as a crowdfunded project just 18 months ago has now become an international brand featured in the gift bags that will be handed out at the 88th Academy Awards at the end of this month.

The Memobottle is a rectangular plastic reusable water bottle that resembles small notebooks in either an A5 or A6 size and is made to fit into satchels and back pockets.

After a successful Kickstarter campaign in August 2014, which saw Memobottle exceed its $15,000 goal with 6,118 backers giving more than $260,000 in funding, founders Jonathan Byrt and Jesse Leeworthy received an email from Los Angeles marketing company Distinctive Assets, which puts together the celebrity swag gift bags for the Oscars each year.

Speaking to SmartCompany, Byrt says the aim of the gift bags is to provide something unique to each of the nominees and Oscars host Chris Rock that is relevant or “jumps out as being cool.”

Getting Memobottles in the bag

Byrt says Memobottle was approached by Distinctive Assets after the Kickstarter for Memobottles gained momentum online throughout Australia and the US.

Each Oscar nominee receives a gift bag, which will include one of each sized Memobottle.

Each nominee will be getting a personalised note from Memobottle, but Byrt and Leeworthy are particularly hoping three socially conscious celebrities will take notice: Leonardo DiCaprio, Matt Damon and Mark Ruffalo.

“They’re our faves, they’re our top three. We love what they do from a social point of view,” Byrt says.

“It would be really nice if each of the nominees were to open their gift bags and have a read of the notes and not just pass them onto their assistants but it’s got the potential.”

The exposure alone has been “fantastic”, says Byrt, well worth the cost of providing two bottles for each of the 26 gift bags, along with what he says is a “ridiculously low” admin free for the products to be included in the gift bags.

How a reusable water bottle became a fashion accessory 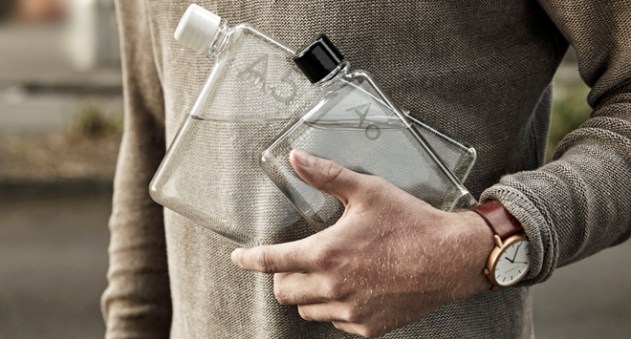 As primary school friends, Byrt and Leeworthy grew up in the picturesque coastal town of Red Hill on Victoria’s Mornington Peninsula, where they saw the effects of single use plastic water bottles washing ashore along the coastline.

After Leeworthy completing an honours degree in product design engineering at Swinburne University in 2012, which focused on single-use bottles and the effect on the environment, the seed for what would become Memobottles began to grow.

The first design for the Memobottle was scribbled by Leeworthy on a scrap piece of paper and the first bottle was shipped in June last year.

Today, Memobottle products are sold by more than 100 retailers in over 70 countries, with more than 50,000 bottles sold to date.

Byrt estimates the company’s revenue for this financial year will be between $1.5 and $1.8 million.

Compared to plastic bottles, the Memobottles have a hefty price tag – $34 for the smaller A6 design and $39 for the larger A5 – however, Byrt says the price point was a deliberate move to position the Memobottle as a fashion accessory.

“It is a premium water bottle. It’s designed to be more, I guess as a fashion accessory,” he says.

“Our pricing always stems back from manufacturing costs and from that we had to work out what margins we needed – basically what was just sustainable for the business and who our target market was.”

“Bottled water is something like 1400 times more expensive than tap water … I haven’t bought a [bottle of] Mount Franklin for ages but [if it was priced] at $2-$3 a bottle … buying one of them a day … [for] less than two weeks is the cost of Memobottle.”