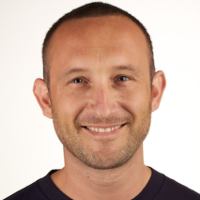 ImageBrief co-founder Simon Moss feels like the company is just starting to hit its “tipping point” and is excited about its future.

ImageBrief is an online marketplace where commercial image buyers can license curated photos from professional photographers. It launched in Sydney in 2011, but has since relocated to New York. It’s raised over $US3 million from angel investors and venture capital funds in Australia and the United States.

It recently received its first institutional investment from New York’s Great Oaks Venture Capital, and Moss says just a few months on the company is really starting to see the benefits.

“What that means for us is suddenly we’re in a shared space in SoHo in New York, with a host of their portfolio of companies. They focus specifically on platforms and marketplaces so we benefited immediately from that networking and just sharing stories,” he says.

“We’ve just doubled the size of our team, hired a bunch of engineers and a product manager. We’re in the early stages of testing some new features within our closed beta, with a select number of photographers and buyers that we’ve got on an advisory board, essentially ambassadors that love the product.

“We’re pumped. We’ve got capital from backers that understand. Over 5500 ad agencies, brands and publishers and over 23,500 photographers, and 40% of our users come back within a 60 day period.

“We feel like we’re really starting to hit the tipping point.”

Moss is in Brisbane this week as part of the Digital Brisbane Strategy’s Visiting Entrepreneurs Program.

The program links Brisbane startups with successful international role models for coaching sessions, workshops and other events. On Tuesday he spoke at an “Entrepreneur’s Journey” lunch for residents and members at River City Labs.

How did @ImageBrief market themselves? “We launched a LinkedIn group for photo editors.” Community, validation and lead gen in one.

Since relocating to New York, Moss says the company’s sales focus has been “hyper focused” on that city in terms of reaching out to potential buyers and photographers. The visit Down Under gives him a chance to meet with ImageBrief’s Australian-based engineering team and look outside New York in terms of sales.

Moss will be speaking at the IDEA Network, a student entrepreneurs’ club for the University of Queensland and the Queensland University of Technology, and is a keynote speaker at Creative Enterprise Australia’s Creative 3 Forum.

While he was here, he felt it important to lend a hand to fellow Australian entrepreneurs and help them avoid some mistakes he’s made along the way.

“It’s nice to be able to give back a bit, it’s never a straight line launching a business,” he says.

“For me it’s really about trying to help these guys avoid some of the pitfalls and the things you can fall into when you’re setting up a business and pass on some of the things we’ve learnt along the way.”

Moss: @ImageBrief has no defensible IP – “you can clone tech but you can’t clone a community”. Focus on the value prop @RiverCityLabs

His visit is hosted in partnership with the Queensland government, QUT and Creative Enterprise Australia, and he praised the efforts of the state and local governments in supporting Queensland startups. He called on the federal government to provide more support.

“(Brisbane) is clearly in its embryonic stages,” he says. “There’s a radical difference between Brisbane and New York. In New York I walk into any shared working space and it’s like walking into the factories of the future.”

“Hundreds of people sitting in front of screens looking to change the world. People have an idea and are surrounded by that inspiration. They realise that starting a business is a viable and a more attractive option.

“I don’t necessarily get the sense immediately that that’s the environment here. I get the sense it’s on the fringes when it should be front and centre with what everyone is thinking about. It’s important to give these people inspiration and understanding about what the path might look like, to improve their chances.”