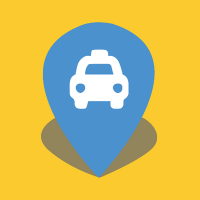 Mobile payments and transportation network startup Ingogo has raised $12 million in a Series C funding round that values the company at close to $100 million.

Of the $12 million raised, $4.2 million came from equity-crowdfunding platformVentureCrowd, making it the largest Australian equity crowdfunding raise to date.

The funds will be used on marketing for the startup’s taxi booking app, and to support its expansion into Brisbane, Perth and Adelaide. Ingogo co-founder Hamish Petrie says the round was based on a $70 million pre-money undiluted valuation. Once share options and the like were taken into account, which Petrie cannot disclose, he says the valuation pushes towards the $100 million mark.

“It’s a good result. I think if you compare the fundamentals of what the business is doing, the share of the taxi market, and what we think are reasonable expectations we’ve set, we think it’s a reasonable valuation for the business,” Petrie says.

“There’s plenty of upside for investors.”

In August Ingogo was forecasting $150 million worth of payments for the 2014-15 financial year. It’s on track to fall just short of that goal at $140 million, but ahead of its goal set by investors at $130 million. According to the latest Macquarie Bank Taxi Tracker data, Ingogo is now the third largest player in the taxi mobile payment space, growing its marketshare from 8.5% in October 2014, to 11% in February 2015.

Last year Ingogo expanded beyond the taxi industry launching Ingogo Now, a portable payment and accounting platform aimed at small and medium businesses in partnership with Xero. It’s only early days for that part of the business, which represents just a tiny fraction of the payments it currently processes, with the overwhelming majority coming from its taxi payments.

“The majority of our revenue still comes from the taxi business, we’ve been in a pilot phase with Ingogo Now. We’ve learnt a bunch of things from that pilot and are in the process of integrating those into the software,” Petrie says.

While Ingogo waits for the revenue to start to flow in from its new business-focused products, it has started planning to list on the ASX in 2016, rather than this year.

“We wanted to maximise value for the current shareholders and we’ve had a number of initiatives that we’ve developed in the last six to nine months. For example the Xero partnership, and we recently partnered with Concur, which works with half of the top 500 companies in Australia for expense management. We want to see the results delivered from those partnerships,” Petrie says.