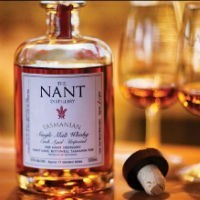 A small Tasmanian distillery can expect a boost in local sales, after it snapped up a gold medal for one of its signature whiskies at the World Spirit Awards in Europe.

Nant Distilling Company, based in the Tasmanian central highlands, began commercial production in 2008 and was recognised for its 43% single malt whisky matured in American oak sherry wood. The business also picked up a silver medal for its French oak pinot noir variety.

Stuart Gregor, president of the Australian Distillers Association, told SmartCompany international awards are great for local spirits producers when it comes to boosting exports, as well as attracting local drinkers.

“It’s great in the local market context because there’s a certain caution that people have around how good the local product is,” Gregor says.

“It gives you an extra piece in your arsenal if you like where you can say in a matter of fact we won the world spirit competition last year… and all the famous ones you know are in it and we topped it. It really does open some eyes.”

Gregor says now that Australia is seeing a home-grown spirits industry really take hold, the next step is to reform the tax regime that is hindering smaller gin, vodka and whisky distilleries.

“We’ve got a terrific opportunity in the distilled spirits industry to do something not dissimilar to what we’ve done in the wine industry, which is prove to the local market and the world that what we do is world class,” Gregor says.

“And I think the main impediment to us doing that is a domestic excise regime. We are the most highly taxed spirits system in the world. If you go to a bar and order a cocktail in Melbourne or Sydney it’s $20, but in New York it would be $10.”

One small business operator who knows how beneficial international recognition can be for a brand is Wendy Crowl, owner of Sydney’s Cow and Moon gelati bar. The popular business was recognised as having the best gelato in the world at last year’s Gelato World Tour Title.

Crowl previously told SmartCompany the business has been going strong for a while with the help of local awards, but things really kicked off after receiving international recognition.

“The concept of an Australian getting that award is what is behind the queues,” Crowl said.

Before winning the Gelato World Tour Title, Crowl says someone would do a day shift producing gelato and on top of that they would get someone to come in two or three times a week to do a night shift.

“Now we’re working from 4am to midnight producing gelato… There’s only four hours of the day when we’re not producing any.”