Is another Winning Australian retailer heading towards an IPO? 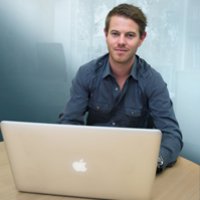 Appliance retailer Winning Appliances is rumoured to be looking at an initial public offering, with the move coming less than a year after Dick Smith Electronics first listed on the ASX.

According to a report in The Australian Financial Review, Winning has hired Goldman Sachs and Macquarie Capital to discuss a possible listing, and is discussing options with Rothschild.

However, John Winning hosed down the speculation in a post on the company’s official blog, saying that while the company does examines its options, “speculation that we have made a decision to IPO is incorrect”.

“Well it has been an interesting day for me waking to many phone calls, emails and texts about an article that ran in today’s [Financial Review]. After actually reading it I can now safely say that the information contained within the article is speculative and has a few errors,” Winning says.

“For starters my family’s business is called Winning Appliances not Winnings Appliances, the business is 108 years old not 107 years old and no, we have not appointed Macquarie Capital, Goldman Sachs or any other brokers for IPO.”

The family-owned business was originally established by Richard William Winning in 1906 as R.W. Winning & Co, with the company adopting its current name in 1990.

As SmartCompany reported earlier this year, the group now has 500 staff – including showrooms in both NSW and Queensland – along with over $150 million a year in sales.

Speculation about a possible listing comes less than a year after electronics retailer Dick Smith Electronics listed in December 2013.

Dick Smith had previously been a subsidiary of Woolworths, before being taken private by Anchorage Capital in September of last year.

In May, fashion retailer PAS Group, the parent company of brands such as Metalicus and Review, raised $120 million in preparation of its float later this month.

“I think the markets are coming around and equity markets are increasingly bullish,” says Lamba. “In bullish markets more companies list their shares – either for the first time, or after being taken private.”

“In general, markets are coming back and retail is an important sector – though obviously not as high-profile as something like resources – and it’s following the general trend,” says Lamba.

Lamba says going through an IPO in the future would allow Winning Appliances to gain more access to debt and equity markets.

It would also allow ordinary mum and dad investors to buy or trade the stock on the ASX for the first time, while also making a lot more information about the company available to the general public, he says.