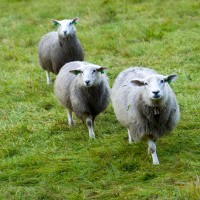 Italian suit maker Ermenegildo Zegna has made a major investment in a 2564 hectare sheep station near the town of Hillgrove in the New South Wales northern tablelands.

It’s welcome news for the Australian farming industry, with research earlier this year revealing most Australian family farms don’t earn enough to support the family on them.

The deal will see Zegna, the maker of suits favoured by former prime minister Paul Keating, purchase a 60% stake in the 175-year-old Achill sheep farm, which currently has 12,500 sheep in production.

The current owner, Charlie Coventry, will be appointed as chief executive of the venture, with wool produced at the property to be sold exclusively to Zegna, which exports its suits to 80 countries around the world.

In a statement, Ermenegildo Zegna Group chairman Paolo Zegna says entering the wool growing industry as a producer is a “great source of pride” for the company.

“The opportunity to better understand the daily work of the farmers, to share firsthand knowledge and to harmoniously participate in the development and promotion of this industry is quite exciting,” said Zegna.

“Our choice to acquire a breeding farm in Australia underscores the group’s faith in promoting a land and fibre which have played a crucial role in our history and our heritage,” he said.

The deal continues a long relationship between Zegna and the Australian wool industry, which launched an international advertising campaign promoting merino wool with Woolmark Australia in 2012.

Wool Producers Australia (WPA) president Geoff Fisken told SmartCompany the news is being welcomed by many in the industry.

“My first initial reaction was that this is good for the industry, that someone in the high-fashion industry is willing to put dollars into production – and I’m sure most of my board will share the same thoughts,” says Fisken.

“It’s great to see fashion people investing in the farm end of our industry,” he says.