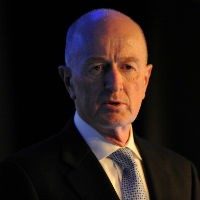 Reserve Bank of Australia Governor Glenn Stevens has ticked off on a major item on the “to do” list for Australian policy-makers: raise the rate of growth in labour productivity.

In his keynote speech at the 2014 ESAMACE conference in Hobart last week, Stevens presented data showing that labour productivity – the value of output produced per hour of labour time – increased at an annual rate of 2.0% in the three years to June 2013.

This is a large jump compared with the rate of just 0.9% per annum in the preceding five years, the period which saw higher productivity growth added to the “to do” list. Stevens interpreted the increased rate of growth in labour productivity since 2010 as evidence that “a number of sectors are making serious efforts to control costs and lift productivity”.

Labour productivity is up

The huge differences in labour productivity between industries are mainly driven by differences in the capital intensity of production between industries. Workers in mining have their labour combined with much larger amounts of capital equipment than in accommodation and food services, and hence an hour of their labour produces a larger value of output.

Ways to interpret the data

What I find in my analysis of labour productivity over the past decade in Australia is that it is changes in the industry composition of employment – the second way I described above – that have been the main cause of growth. In particular I find that the increases in the proportion of workers in mining have been most influential.

But it is also clear that in the longer-run, we face an adjustment. Once the mining boom slows, and workers shift out of that industry into other industries with lower-productivity jobs, there will be a drag on the average level of labour productivity in Australia. Then we really will need improvements in productivity that come from within industries.

Jeff Borland does not work for, consult to, own shares in or receive funding from any company or organisation that would benefit from this article, and has no relevant affiliations.