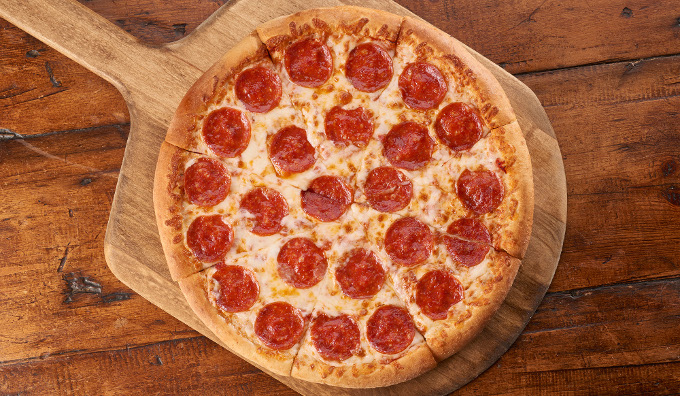 US pizza chain Little Caesars will eventually be operating 450 outlets in Australia if director Ernest Koury’s plan come to fruition.

Prior to bringing the Little Caesars brand to Australia, Koury had been a Little Caesars franchisee in the US since the 1970s. He also previously oversaw the brand’s operations in the West Texas and Southern New Mexico areas.

“In 1986 my father was working with the company to [come to] the Australian market, so we moved down. Unfortunately it was a bit premature for the brand back then, so we moved back to the states in 1987,” Koury says.

These days, Little Caesars is the third largest pizza chain in the United States, having opened its first store in 1959. The company has over 4000 stores in the US alone and according to Nation’s Restaurant News, was recording annual sales of US$3.4 billion ($4.5 billion) in the US in 2015.

In 2009, Koury decided to give Australia another shot, selling his US businesses and setting his sights on Sydney. The Little Caesars brand is now firmly established here, and Koury believes Australia is a “450 store market”.

The next Little Caesars store will open in Parramatta on Monday, and two more will open in New South Wales by the end of the year. However, Koury says the plans don’t stop there.

“After Sydney we haven’t made any definitive decisions, but we’re looking at Adelaide, Melbourne, Brisbane, and the larger Queensland area. As our infrastructure starts to grow we can look at branching out,” he says.

The Casula store is approximately 35 kilometres from the heart of Sydney’s CBD, but Koury says the store’s layout and position were essential considerations when choosing the first Little Caesars Australian location.

“The store was an freestanding McDonald’s with a drive through, which is an essential part of Little Caesars’ ready made service,” Koury says.

“We had the opportunity to establish a traditional shopfront store, but the best way to promote what we offer was with a drive through.”

Little Caesars prides itself on being able to provide pizza quicker than any of its competitors, offering a 30-second Quick’n’Ready service on basic cheese and pepperoni pizzas. It is due to this unique offering that Koury says he isn’t worried about large competitors like Domino’s or Pizza Hut.

“We’re not really worried, there’s plenty of market to go around,” he says.

“Little Caesars plays both in the pizza sector and in the quick service restaurants (QSR) segment, which is what really differentiates us.

“Because we have 30-second service times we’re able to occupy the QSR space too, and that is a much larger space to occupy.”

US pizza in an Australian market

While basic cheese and pepperoni pizzas are hugely popular in America, Koury says Australians prefer a more “loaded” base. This hasn’t affected the stores service time, but Koury is surprised.

“Australians love their pizza, but they love it with more and more toppings,” he says.

“Things like supreme, loaded vege, and three meat pizzas are more popular here than in the US.”

The Little Caesars brand also had to adapt to a more delivery focused service, as the chain does not deliver from its American stores. The Casula store only implemented delivery in February this year, but Koury says every store will deliver from now on.

“That’s just one of the requirements of the Australian market, and a lot of this is due to a lack of cars, and a lack of transport in general,” Koury says.

Part of the Australian delivery market that could grow in years to come is alcohol delivery tied in with food. Pizza chain Crust has already started to offer this, but Koury says it is not something Little Caesars would consider offering.

“Little Caesars has always been a more family focused restaurant, so I don’t think we would be entertaining the possibility of alcohol delivery,” he says.

The price of doing business in Australia

Koury acknowledges “most things are more expensive in Australia”, which he attributes that to higher property and labour costs. However, he doesn’t believe it puts market newcomers like Little Caesars at a disadvantage.

“It really doesn’t matter because it’s the same for all of us. If all businesses are following the rules and paying the right labour rates, it’s a neutral playing field,” Koury says.

Little Caesars is bringing Australian suppliers on board, with all dough being made with locally sourced flour. Koury says if he had his way, “I would have everything we use made in Australia”.

“We’re already locally sourcing vegetables, and we’re wanting to use as many Australian sourced ingredients as we have the volume to support,” he says.